'Wanted to reinvent myself as a director'

With ‘Chehre’, which stars Amitabh Bachchan and Emraan Hashmi in the lead, director Rumi Jafry has attempted to move out of the box he found himself in after making comedies 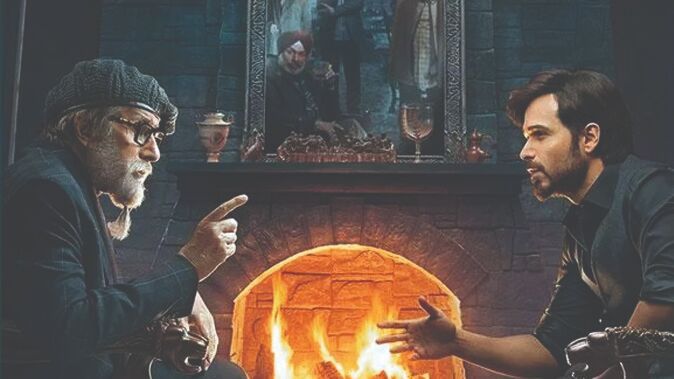 Mumbai: Directing the upcoming thriller 'Chehre' was a much-needed step for filmmaker Rumy Jafry as he says that he does not want to limit himself to a particular genre.

Jafry, who has been working in the film industry for close to 30 years, written the stories for hit massy entertainers like 'Coolie No 1', 'Saajan Chale Sasural', 'Hero No 1', 'Maine Pyaar Kyun Kiya' and penned dialogues for 'Chalte Chalte', 'Mujhse Shaadi Karogi' , among others.

With 'Chehre', which stars Amitabh Bachchan and Emraan Hashmi in the lead, Jafry said he has attempted to move out of the box he found himself in after making comedies.

"I wanted to reinvent myself and chose to make a thriller because it poses a challenge in terms of direction, like you can play with story, sound, lighting, etc," Jafry said in an interview.

In his bid to step away from light-hearted films, the filmmaker was fortunate enough to stumble upon the play 'Shortcut' that was penned by veteran actor Annu Kapoor's brother Ranjit Kapoor.

Jafry said he adapted the play into a film as he fell in love with the story.

'Chehre' revolves around an 80-year-old man (Bachchan) with a penchant for a real-life game with his group of friends.

Jafry, who earlier worked with Bachchan for 'God Tussi Great Ho', said he made 'Chehre' keeping the megastar in mind.

"When I was discussing the idea of making something different with Amit ji. he immediately gave his nod and said I can choose any subject.

"So, while we were working on the screenplay, we did have Amit ji in our mind. If he wouldn't have said yes, then we wouldn't have made it. We are glad he liked the script, the filmmaker said.

Jafry said that 78-year-old Bachchan is the most "committed and dedicated" actors of the Hindi cinema.

"From a producer's point of view, Amit ji is saleable and has demand in the market. There can never be another Amitabh Bachchan. He is the most committed and dedicated actor in the industry.

In the film, Bachchan plays the role of a lawyer and Jafry said he has tried to present the veteran actor in a newer avatar.

"He has fans who want to see him in a certain personality, and we made sure we do that. We started it by giving him a different look, experimented with his beard, and gave him a Russian cap and glasses. Besides, we wrote great dialogues for him," he said.

The film has been in news, courtesy Rhea Chakraborty, who was in news last year post the sudden death of her friend Sushant Singh Rajput.

Asked why Rhea Chakroborty was missing from the film's promotional events, Jafry said her absence was "not intentional".

"She has an interesting and important role in the film. We had decided to play around the character of Amit ji, Emraan and others. We didn't expect this strong reaction for her absence from the trailer. If we had to hide (her character) then we would have done that."

Besides 'Chehre', Jafry was set to direct a romantic drama movie with Chakroborty and Rajput but now he is not sure about making it.

The director revealed that Rajput had liked the script for the new movie and was keen to work on it.

Jafry said he will take a final call on the film in some time.

"When I would reopen the script, I could only remember Sushant as we did a lot of reading sessions together at my house. I have put it inside the cupboard.

"After the release of Chehre' I will decide whether to make it or not," he said.

The movie was released in the theatres on August 27.