Home > Entertainment > Want audience to get my story through visuals: SS Rajamouli
Entertainment

Want audience to get my story through visuals: SS Rajamouli 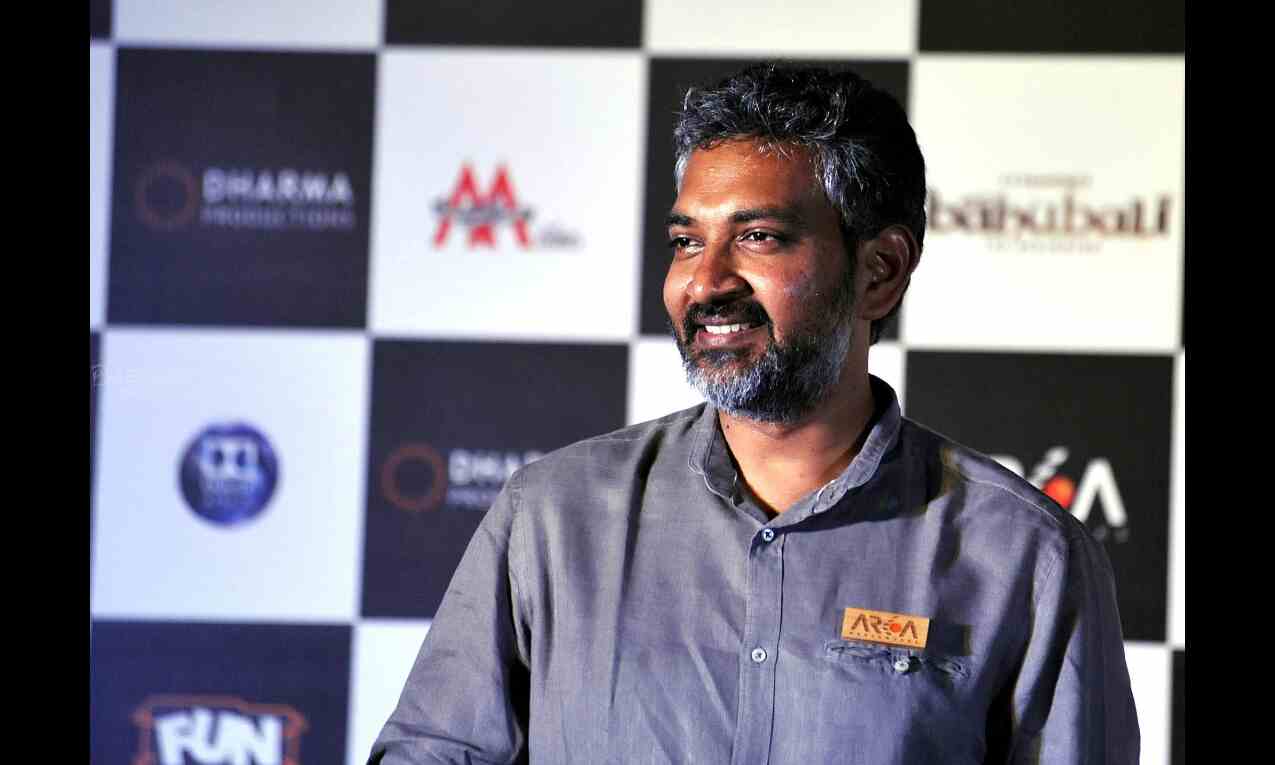 Dubai: Dialogues and subtitles are just mediums of communication, said director SS Rajamouli, adding he would rather want the audience to understand the story of his films through visuals.

The director, whose latest period action drama "RRR" is slated to be released on March 25, was speaking at a press conference on Friday at the India Pavilion as part of the EXPO2020 Dubai.

He was accompanied by the lead stars of the film Ram Charan and N T Rama Rao Jr as they attended the Media and Entertainment Fortnight, which was launched on March 19.

"For me, whether it is subtitling or the (original) language, it's just a medium of communication. Those are not important for me. I would rather want my audience to get the story through the visuals, the way actors are performing or how the background score is. That is what I would prefer as a filmmaker," Rajamouli said in response to a question asked by PTI at the press conference here.

Recalling an incident that happened during his 2012 Telugu film "Eega", the director said he hopes the viewers are able to understand the grammar of his films through what unfolds on the screen.

"When I was making that film, my cousin came from abroad who also brought a White man along. They came to my office and I showed him some parts of the film. My brother was trying to explain to the man what was happening in the film's dialogue. But then he said to my brother, 'You shut up, I can see what's happening'," Rajamouli said.

The filmmaker, who is credited with giving the pan India blockbuster "Baahubali" series, said he is always in the service of the story.

"Story is always first, budgets come next. I am a slave to the story," he added.

The sensibilities of the audience will be different not just across the North and South India but also within every state and city, Rajamouli said, adding that the only element that is universal is the emotion.

"I dream of a day when we have one big film industry: the Indian film industry. That's what I'm striving for. Tamil, Hindi, Telugu, etc are all just languages. Just like the taste of food we eat keeps changing from area to area, but the emotions of a human being never change. As long as my story is based on the basic human emotion that I believe will connect to everyone, I don't worry about how the North Indians or South Indians are going to connect with it."

Courtesy "Baahubali" the director has "erased" the boundaries between the states across India, Charan said.

"The journey has started with Baahubali, but the question remains whether we are one industry or how many languages we speak we are that many industries."

NTR Jr said it was heartening that the team was at the EXPO2020 Dubai to internationally promote "RRR" as an Indian film, not a regional film.

"Call it Dubai, USA or back in India, if you show that scene to someone in the smallest remote village, he will cry. It's all about how the story is told by the storyteller and delivered by the actor. We just need to do our job right," he added.

Talking about Alia Bhatt, who features in a pivotal role in "RRR", Rajamouli said he was drawn to cast the "Gangubai Kathiawadi" star as she was fit for the role of Sita.

"On the outside, Alia appears fragile and soft, but as her interior she has a very strong character. I wanted someone like her to play the role of Sita as someone who could balance out the fire and water of Charan and Taarak's characters in the film," he added.

The film will be released in IMAX, IMAX 3D, 3D and Dolby sound, the filmmaker shared.

Later, the trio of Rajamouli, Charan and N T Rama Rao Jr addressed a fan event at a jam-packed Jubilee Park here at the Expo.

Fan frenzy was at its peak when the "RRR" team was chased down by two men in their 20s as the trio were being transported from the India Pavilion in a buggy.

The fans sprinted across the Expo arena and after a few seconds caught up to the vehicle, causing the stars to stop and talk to them, leaving them not only satisfied but also in complete disbelief.

Andhra Pradesh-born Abid, who works as a hotel receptionist in Dubai, said he took a day off to see the stars from his home state.

"I came here to see all three of them. We share the same language (Telugu)," he said.

There were also some people at the venue who just came to see what the hullabaloo was about.

A fan screamed "I love you" as he saw his idol Charan come on stage amid whistles and applause.

The actor thanked the people for their love and support and flew a kiss back to the crowd.

"Thanks for all the love. Keep loving us and we'll keep loving you," said NT Rama Rao Jr when he came up next.

Rajamouli appealed to the public to go and watch "RRR" on the day of the release.

"Wherever you are you have to go to the theatres to see the film. Love you all, thank you guys," he added.