Vishwanathan wants Aamir to portray him on the big screen 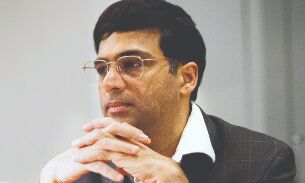 Over the years, Bollywood has witnessed a trend of making sports biopic. From 'MS Dhoni: The Untold Story' to 'Saand Ki Aankh', people have witnessed inspiring stories of several sportspersons from different fields on the big screen.

Now, another biopic is set to join the list - the biopic on Viswanathan Anand. The Chess grandmaster recently confirmed that his biopic is on the cards and that it will give a glimpse of his personal life.

Talking about the biopic, Anand stated, "I have agreed to the biopic. The matter has already been discussed with the producer several times. I told them the stories of my life. The scriptwriting work will start very soon. However, due to Coronavirus, the work has come to a standstill. Hopefully, everything will start very soon. I cannot say much about the biopic now. I do not know when or how the shooting will start. Wait for a few days everything we will get to know about this biopic".

When quizzed about which actor he would like to see to essay Viswanathan Anand, he named Aamir Khan stating that the two had a lot in common.

"I cannot say who will play my role in the movie. But I can say my choice. Maybe it would be nice if Aamir Khan play Viswanathan Anand on screen. I think Aamir Khan has a lot in common with me," he added.

Although an official announcement in this regard is yet to be made, it will be interesting to see Aamir playing the role of the chess grandmaster on the big screen.

As of now, Bollywood's Mr Perfectionist is gearing up for Advait Chandan's 'Laal Singh Chaddha'.