Vidya talks about deciding not to work with her husband 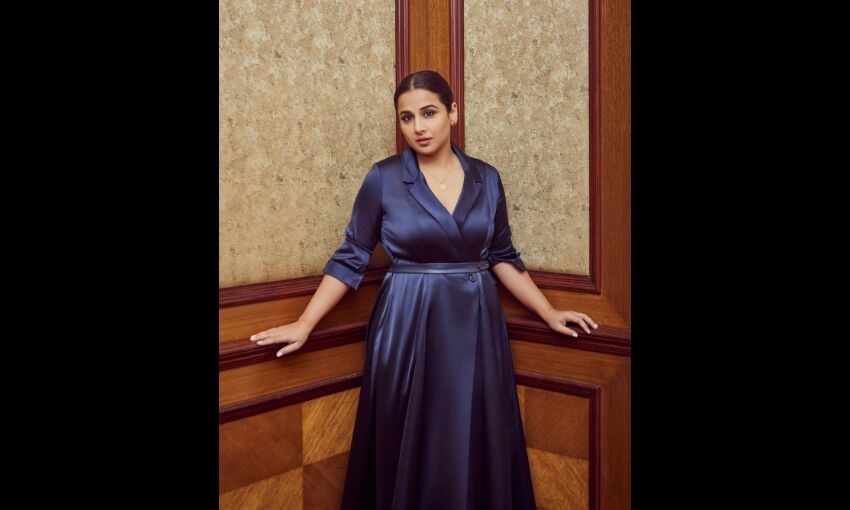 Bollywood actors Vidya Balan and Shefali Shah, who will soon be seen together in the upcoming film 'Jalsa', spoke about not collaborating with their producer husbands in a recent interview.

Vidya, who is married to producer Siddharth Roy Kapur, said that they decided to never work together again after their 2013 film 'Ghanchakkar'. The 'Sherni' star told an entertainment news portal that after 'Ghanchakkar' did not do well, they were both low and that is when Vidya decided that one of them has to be the pillar if the other one is going through a lull.

She also added that in terms of monetary compensation, she will compare what a co-actor is getting paid in comparison.

Vidya also added that it takes a lot of hard work to get to the position that they have reached and she does not want it to get diluted because someone might say that her achievements happened because of her husband.

"I also think that I do not want anyone to reduce my achievements to saying this happened for you because of your husband. Because one has worked very hard to get here and as much as I love him, I do not want that to happen for either of us. It is very reductive in a lot of ways. People say you have a production house and I say it is not mine, it is my husband's, there is a difference. They do not understand it," she said.

Shefali Shah, who is married to producer Vipul Shah, shared that she has worked with her husband on the film 'Waqt' and the recent web series 'Human'. The 'Delhi Crime' star said that Vipul's films are very different from the kind of content that she wants to do. She also said that while she is an actor, Vipul's work and his productions affect the entire family.

"I genuinely believe that Vipul's films alter the lives of all of us, the entire family. And his cinema is very different from what I have done so far. 'Human' was where we kind of we met. He will never offer me something if he does not think it is not worth it," she said.