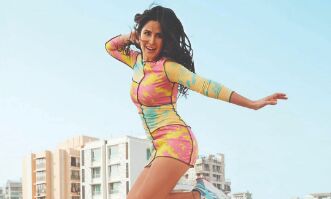 Bollywood stars Katrina Kaif and Vicky Kaushal's wedding guest list has been revealed. Amid the scare of the new variant Omicron, it was speculated that the duo would have had to cut down on their invitees.

However, close friends and family have all been invited to grace the grand Rajasthani wedding with their presence. Colleagues such as Karan Johar, Salman Khan and Alia Bhatt have all been already invited to have a gala time at the couple's wedding. Choreographer Bosco Martin will also be a part of Katrina and Vicky's wedding shenanigans.

According to a news report, it has not been confirmed if these stars will attend the event or not. But because Bosco is a good friend of Katrina's, he is likely to join the wedding, which will be conducted at the 'Six Senses' resort in Sawai Madhopur

Also, according to another news report, Vicky and Katrina's guests will most likely be made to sign an NDA clause.

The couple has laid down strict rules to follow during the three-day wedding festivities. The NDA clause includes rules such as no disclosure of wedding attendance; no photography; no sharing pictures on social media; no sharing location on social media; no contact with the outside world till guests leave the venue; all photos to be published only after approval from wedding planners and no reels or videos can be made at the wedding venue.

The new COVID-19 variant Omicron has also raised concerns over the wedding guest list. Considering celebrities as well as Katrina's family from overseas will be flying into Rajasthan, the couple may downsize their guest list.

A source informed the portal, "They do not want to take any chances and now the new concern is to downsize the guest list in light of the new variant. While the couple has decided to invite all their co-stars, directors and producers now they are revising the list and figuring things out with a new perspective. Katrina's side also has a few guests who will be travelling from overseas and that might change given the new travel guidelines being issued."