Varun surprises his fans with the first look of 'Bhediya' 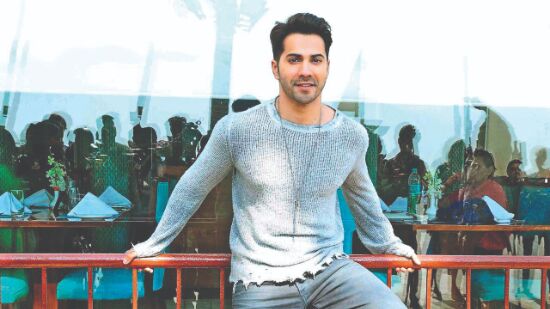 Varun Dhawan gave a surprise to his fans as he shared the first look poster of his forthcoming film titled 'Bhediya'. The thriller drama was in the news ever since the lead actors started shooting in Arunachal Pradesh. Kriti Sanon, who is the lead actress of the film, had shared a lot of pictures and videos from the scenic destination.

Coming back to the first look, Varun recently gave a glimpse of his character in the film and it will surely keep one glued to the screen.

As soon as he shared the look on his 'Instagram' handle, Alia Bhatt, Akshay Kumar, Abhishek Bachchan and many more dropped fire emojis in the comment section. They just cannot stop praising the actor.

Mouni Roy also dropped fire and heart emojis. For now, only Varun's first look is revealed. Kriti Sanon's look is yet to be unveiled. Sharing the first official poster, Varun and Kriti captioned it, " 'Bhediya' to be in cinemas on November 25, 2022."

Backed by 'Maddock Films' and 'Jio Studios', the film is helmed by Amar Kaushik and was set to release in the first half of 2022.

It is worth mentioning that 'Bhediya' revolves around the theme of 'Save the forests'. It is part of Vijan's horror-comedy universe, which also includes 'Stree' and 'Roohi'.