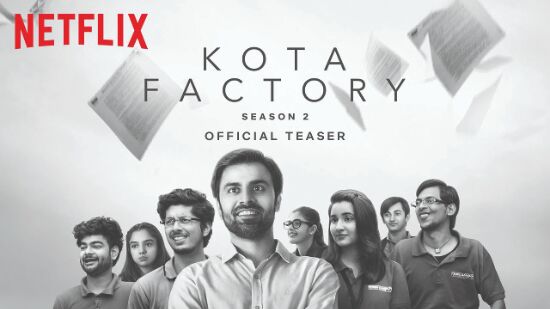 The much-awaited trailer of 'Kota Factor' season two finally came out and it shows the young teenagers dealing with a lot of existential questions.

Vaibhav (played by Mayur More) finished last season by qualifying for Maheshwari classes but it looks like it is not everything he dreamt it would be.

Vaibhav left behind his friends from 'Prodigy' and his mentor Jeetu Bhaiya (played by Jitendra Kumar) in the season one finale, but the city of Kota has kept them all connected. The trailer shows that Uday, Shivangi, Vartika, Meena are still an important part of his life and he has found some new friends at Maheshwari.

The audience might miss Jeetu Bhaiya in the trailer, but his short appearance towards the end promises that one will see him play a

The first season on TVF's 'Kota Factory' had released on 'YouTube' in 2019. The second season is releasing on 'Netflix' on September 24. The show had received immense love from the audience and made Jitendra Kumar a popular figure among youngsters.

"As a director, I try to create stories that inspire and enthrall audiences. Season two of 'Kota Factory' will chronicle the journey of students in Kota and the struggles they face daily, which will make it more engaging and realistic. The compelling story and spectacular performances will keep the audience intrigued. I'm excited to share the epic content with the diverse audience of 'Netflix'," said director Raghav Subbu.