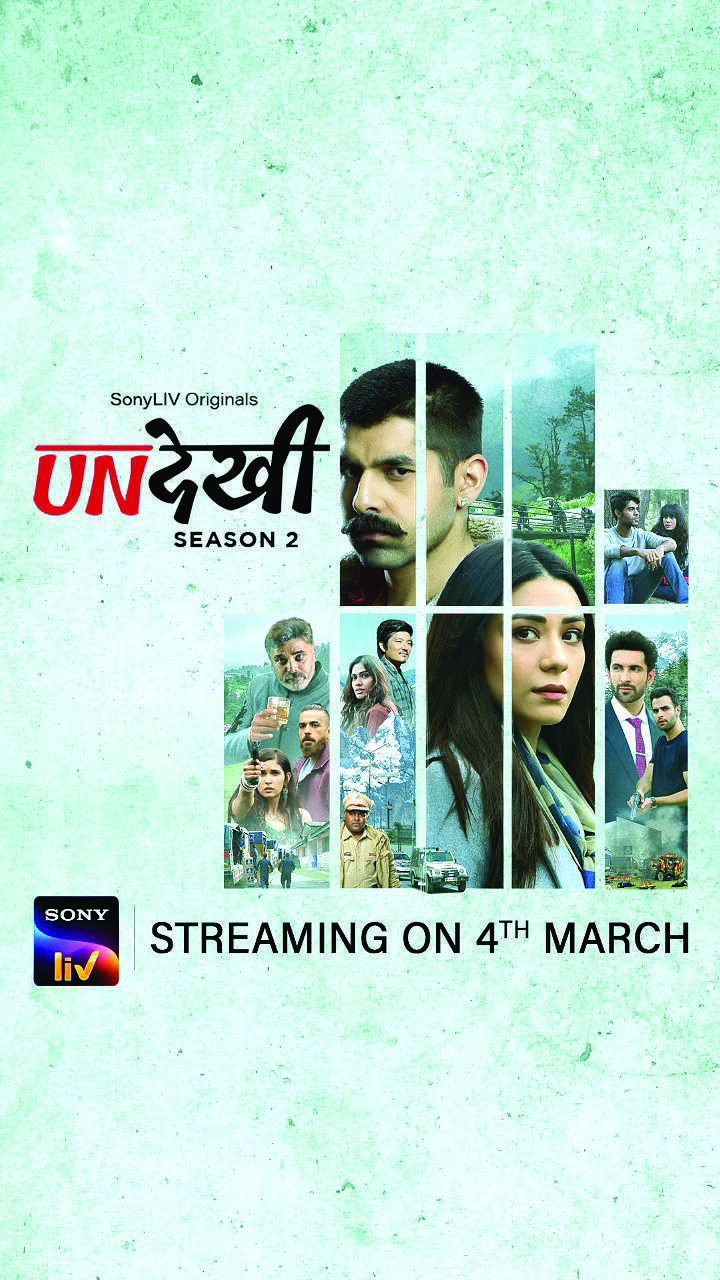 After keeping the viewers on tenterhooks and hungry for answers, 'SonyLIV' returns with

the second season of its adrenaline enthusing thriller, 'Undekhi'.

The Atwals and their adversaries are back with full force to exact revenge on one another and by the looks of the promo, the story will

take a darker and more gruesome turn, keeping one at the edge of their seats till the very end.

'Undekhi' season two is produced by 'Applause Entertainment' in association with 'Banijay Asia' and directed by Ashish R Shukla.

Set in the heartlands of Manali, 'Undekhi' revolves around a horrid crime that takes place one fateful night and the cat and mouse chase that ensues post that between the perpetrators and the ones seeking justice.

Season one ended on a cliffhanger with DSP Ghosh (Dibyendu Bhattacharya) and Teji (Anchal Singh) trying to save a very critical Koyal (Apeksha Porwal) from the clutches of Rinku (Surya Sharma).

The new season will throw light on what is in store for Porwal's character as well as the changing dynamics among all.

Some new faces including Nandish Sandhu, Meiyang Chang and Tej Sapru can be seen in the promo, whose arrival will raise the stakes higher this season. With each character fueled by their selfish motives, what follows is a mad hunt where each is ready to take down the other in this gripping tale of power, revenge and love.

two will release soon on 'SonyLIV'.