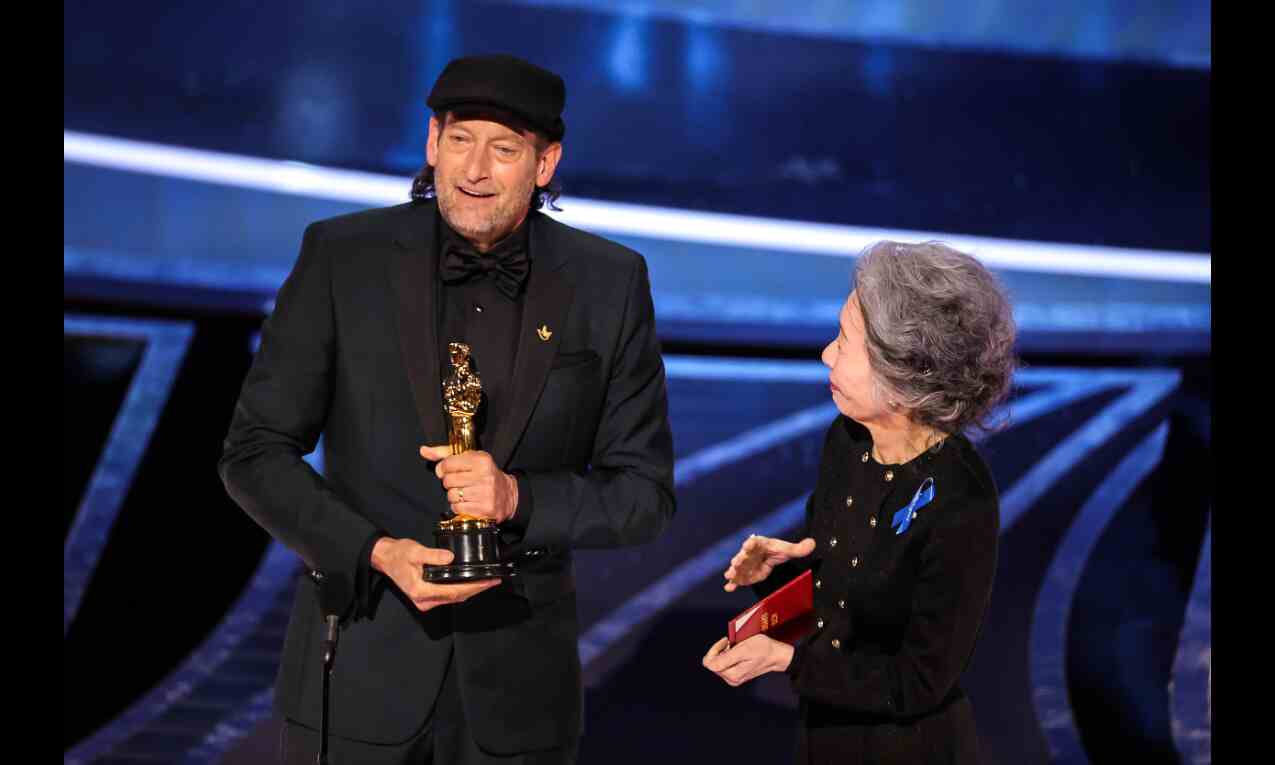 His win comes more than 35 years after his co-star Marlee Matlin won an Oscar for lead actress for Children of a Lesser God (1986).

Kotsur dedicated his win to the deaf, disabled and "CODA" community.

"It is amazing to be here. I cannot believe that I am here. Thank you to the Academy for recognising my work," an emotional Kotsur said through an interpreter of the American Sign Language (ASL) in his acceptance speech.

The actor said it was heartening to see their film "CODA" reach worldwide.

He expressed his gratitude to "all of the wonderful deaf theatre stages where I was allowed and given the opportunity to develop my craft as an actor".

Kotsur also gave a shout-out to "CODA" director Sian Heder, calling her "the best communicator" as she brought the deaf world and the hearing world together.

"You are our bridge and your name well forever beyond that bridge, Sian Heder bridge here in Hollywood and that was supported by Apple, Sundance, all of our cast and crew, our producers and the community of Gloucester Massachusetts."

The actor further thanked his family for their constant support.

"Thank you to my biggest fans, my wife and my daughter Kyra in my hometown of Mesa, Arizona. And Mark Finley, my manager and our team. This is our moment to my mom, my dad and my brother Mark. They're not here today but look at me now. I did it. I love you. Thank you," he added.

In the best supporting actor category, Kotsur was up against Ciaran Hinds of "Belfast", Kodi Smit-McPhee and Jesse Plemons of "The Power of the Dog" and JK Simmons of "Being the Ricardos".

During the entire award season that culminated with the Oscars on Sunday, Kotsur had been a clear favourite, winning BAFTA, SAG and Critics Choice Awards trophies.

"CODA", which stands for Child of Deaf Adults", is a heartwarming tale of a deaf family, with the exception of the daughter.

A remake of the 2014 French feature "La Famille Belier", the film explores the themes of love, friction, drama and laughter, just like any other Hollywood movie but it communicates with the viewers mostly through ASL.

Kotsur, 53, played the family patriarch Frank Rossi, who comes to understand the dreams of his daughter Ruby, played by Emilia Jones.

As Frank, Kotsur radiated a certain warmth that made him a delight during the entirety of the film and he also gave a glimpse into his comedic chops during the lighter moments.

Kotsur, who has been deaf since birth, has over 20 years of experience in the industry as he has been performing in theatre, TV and Broadway.

Since 1994, he has extensively worked with Deaf West Theatre in Los Angeles, participating in numerous productions, acting and directing.

In cinema, he has featured in movies such as "The Number 23", "Universal Signs" and "No Ordinary Hero: The SuperDeafy Movie", which also marked his directorial debut.

He also featured in TV shows like "CSI: NY", "Scrubs" and "Criminal Minds" as well as the popular Disney+ show "The Mandalorian".