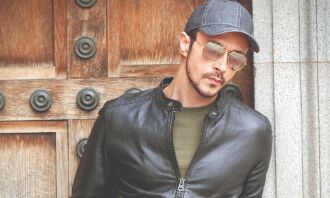 From 'Mary Kom' to NH10', from 'The Family Man' to 'Ashram', actor Darshan Kumaar has pushed boundaries and left everyone feeling mesmerized every time he appeared on the screen. And this time it was in Rakeysh Omprakash Mehra's latest directorial 'Toofaan'. Kumaar in the character of a boxer turned judge Dharmesh Patil looks so good that you would want to see more and more of him in the movie.

The versatile actor recently interacted with 'Millennium Post' to talk about what he loved about 'Toofaan's' script, the rigorous training he underwent to play the character, his criteria for choosing movies and muchmore. Read on:

As an actor, do you seek validation from the audience? Or do you only focus on creatively satisfying yourself?

Both! Today's audience is very intelligent because they watch international content and understand cinema very well. Thanks to them that our filmmakers are very cautious about what they are making. Audience's expectations have encouraged them to produce films/series that are on par with international content. So, I really respect the audience's point of view and I try to choose roles which not only resonate with me but also my audience.

You have been part of the most popular/commercially successful shows and movies. Was that luck or have you learned to find the right script?

There is saying 'fortune favours the brave'. I always want to do different kinds of roles and challenge myself as an actor. Therefore, I read all the scripts meticulously and think thousands of times before saying yes to any project. And I must say god is very kind to shower his love on me and help me to take the right decisions.

Bollywood is trying to blur the religious boundaries with every new film but a section of the audience isn't taking it too well. How do you see this? (Like we saw recent Twitter trends for boycotting 'Toofaan')

Having said that, I always see the brighter picture. Most of the audience are showering their love on our film and loving each and every character of it. So we have to embrace the love and all the negativity will eventually get drowned by the positive responses the film is getting.

What scares you about this industry and your profession?

It's the most beautiful industry in the world – selling dreams and transporting the audience to an imaginary world and allowing them to escape their worries while being entertained. Everything is just amazing about it except the 'uncertainty'. You cannot predict which film or web series is going to work. So everyone who is a part of it has to be always on their toes and work really hard all the time.

What was the reason for signing 'Toofaan'? What did you love about it?

'Toofaan' is a sports drama with a lot of turns and twists. It's a journey of every sportsperson who faces numerous challenges and obstacles before turning into a champion. It's a story of how life can knock you down many times but still, you need to find a way to stand again and bounce back. It's an inspiring story and there is something for everyone to take away.

Walk us through your preparation process for your character in 'Toofaan'?

I had a great time doing boxing training for 'Toofaan' as I was trained by Darrell Foster sir. We would practice from 7 am to 3 pm every day and get trained with national and international champions, who would hit us like a punching bag. I had many sleepless nights due to soreness.

Also, things became more challenging for me after the interval (where his character loses one eye because of Ajju's knock-out punch). I had to wear lenses throughout and it was difficult to maintain balance with one eye.

To get it right, I actually had to train myself by shutting one eye with the help of a black patch and practice the movements several times.

But as they say, all hardships are diluted when you get an amazing response for the work.

At the moment, I feel on top of the world as my hard work has been paid off well.