'To clip Agatha Harkness' wings is a nightmare' 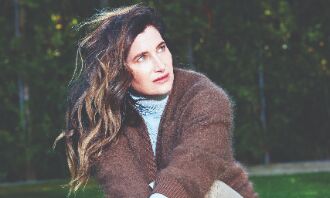 Marvel's 'WandaVision' managed to leave audiences stunned with its plot-twist-filled storyline. One of the biggest revelations of the show was actor Kathryn Hahn's character as Agnes/Agatha Harkness.

While the series did not delve too deep into her character, the finale episode showed Agatha receiving the worst punishment at the hands of Wanda.

In a recent interview, Kathryn opened up about what she felt about the 'WandaVision' finale.

Considering the show's success including its 'Emmy' nomination in the 'Limited Series' category, the audience bets that everyone at 'Marvel'

is thrilled about how the show turned out. But Hahn may not be too happy about how things ended for Agatha.

While talking about her character and its last moments in the series, Kathryn had earlier told 'New York Times' that Wanda's punishment for her character seemed like the 'much-needed rest' she needed.

Although in her recent interview with 'The AV Club', it seems Hahn's perspective changed as she said, "I'm glad you brought that up because I think it is kind of the worst. I kind of was making a joke when I said that. To clip Agatha's wings and put her somewhere like that with boring people and not have anything to do. It is the worst. It is a nightmare. I mean, Wanda lobotomised her."

With WandaVision's nomination in the limited series category for 'Emmys', it became clear that the show would not be returning for another season. Although as for Hahn's character, fans have been hopeful that 'WandaVision' is not her last 'Marvel' outing. There are several fan theories as to which multiverse project of Marvel's 'Phase 4', Kathryn's Agatha Harkness could return.