Through the lens of Abhishek Banerjee

The new-age actor, who proved his acting mettle in Pataal Lok, Mirzapur, Stree and Dream Girl talks to Syeda Eba about his journey in the film industry 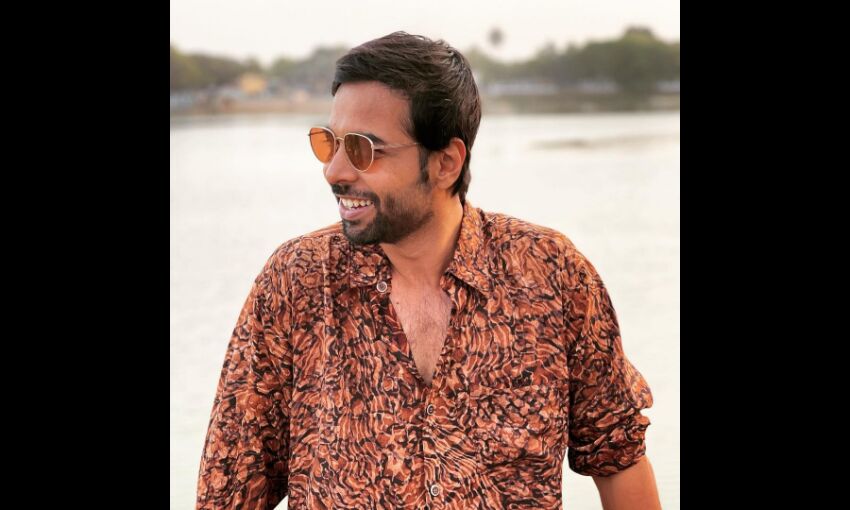 In the words of actor Abhishek Banerjee, it was constant rejections and failures that paved way to success. In 2008, when he followed his calling and moved to Mumbai to become an actor, opportunities were sparse. But instead of giving up, Banerjee decided to set foot in the industry as a casting director. He soon bagged his first job under Gautam Kishanchandani, who back then was casting for 'Once Upon A Time In Mumbai.'

Walking down the memory lane, Banerjee recalled, "When I left Delhi, I was very clear about what I wanted. I was passionate about acting, but at the same time, wanted to earn money and lead a comfortable life. I wasn't up for the kind of struggle I had read about in the newspapers. That's why I decided to take on a job and learn to do it until I find acting work in films."

He adds, "I did not go to FTII or NSD and had no acting background or godfather in the movie world. So, being around filmmakers and actors, reading screenplays, and observing the whole movie-making business was my way of learning. As a 23-year-old boy, I was working as a casting director and was quite satisfied about doing something productive in life. Moreover, I had hopes that being around the bigwigs of the industry would someday get me an acting opportunity. But unfortunately, that 'someday' never came. I did not crack anything."

Sometime later, Banerjee was asked by Milan Luthria to do casting for his next film, 'Dirty Picture'. "I took that project and many more after that as a part-time job to survive in the new city, but when rejections kept on happening in acting, I realised that it was time to say goodbye to it and focus on casting. I told myself that I was not good at acting and that I needed to train myself. Till then, it's better to go back to doing business properly, and that's how 'Casting Bay' (Abhishek's casting agency) happened.

Banerjee joined hands with his close friend Anmol Ahuja to establish his agency, which later did casting for several big and small projects, including 'Toilet: Ek Prem Katha', 'Gabbar Is Back', 'Rock On 2' as well as web series like 'Pataal Lok' and 'Mirzapur'. The moment he got busy with his business, Abhishek says, destiny played its part. "Luck or destiny, whatever you may call it, but the moment I began focussing on casting, my acting career took off. Projects like 'Ajii' and 'Stree' began to come my way and I became an actor."

Experimentation: Need of the hour

Banerjee, who so far has spent 12 years in the entertainment business as a casting director and 4 years as an actor, finds it problematic that despite all the growth happening in the industry, big banners are still hesitant about experimenting with the new actors. "Experimentation is lacking. I have never heard anyone say that we are doing a big project but we want a newcomer. If I am casting for a big project, that automatically means there is already an A-lister in it. This is very sad."

He adds, "Having said that, I am not asking production houses or filmmakers to invest a lot of money on newcomers, but there is no harm in taking smaller risks. For example, the people who are making films with me at this point, are not putting in a lot of money, but they are trying to experiment with the content. That's all I am asking for. You make something which is probably small in terms of budget but is meant for a bigger visual medium; and cast new talent because you will not know how good they are until you put them to the test."

In the name of change, Abhishek says filmmakers are casting new actors in the same tried-and-tested stories and genres. "When you know that a certain kind of film was well received by the audience in the past, then no matter who you cast, there is no experiment or risk in it. Real change will happen only when big filmmakers identify talent, back them, and create a community of actors that our industry lacks. And I am sure that our audience will love those experiments. OTT is the biggest example of how people are ready to appreciate freshness. It won't be wrong to say that OTT is successful only because of experiments," adds Banerjee.

According to the Abhishek, the biggest high for any actor is when people spend money and buy tickets to watch his/her performance. And I want every good actor to get an opportunity to experience that. "That's why, as a casting company, the only thing I aim to do is give opportunities to as many young and fresh talents as I can because I never got it," the 'Stree' actor says.

Being part of the change

Abhishek began acting in web shows long before OTT became a thing. He was part of TVF's 'Humorously Yours 'and 'Pitchers', which were very popular among millennials. However, the shows hardly carried any weight for people of the industry. Explaining the situation back then with an incident that happened, Abhishek said, "After Humorously Yours was released, I was invited to an event in Banaras. I attended it and came back the next day to join a casting meeting. There I met a very big star who asked me where I was the day before. When I told her about the event, she was surprised that people were calling me for events and that they were watching the TVF series. She had no idea that there was a huge audience that was only watching those shows. "

"A similar incident happened when a big agency asked me about my next release after 'Stree' and I told them about 'Mirzapur.' Their response to it was, 'Nobody's going to watch it, what's more'?"(laughs)

Abhishek says, nobody, including him, ever thought that 'Mirzapur' would become a cult. "When I signed Mirzapur, it was just another OTT series for me," he reveals in an exclusive interview.

"All these things didn't happen long ago. Only three years have passed since then, but today, the situation and mindsets of people are completely different. Success of the shows like 'Mirzapur', 'Pataal Lok', 'Made in Heaven', and 'Delhi Crime' proved that nobody knows what the audience would like. Therefore, as artistes, our job is to constantly offer them something new without fearing failure," he states.

The actor is currently filming a number of projects, including the rom-com 'The Great Indian Wedding' and the slice-of-life drama 'Nazarandaaz.' He will also be seen in 'Rana Naidu' alongside Rana Duggubati and in 'Bediya 'with Varun Dhawan.