'They would be subjected to all kinds of harassment' 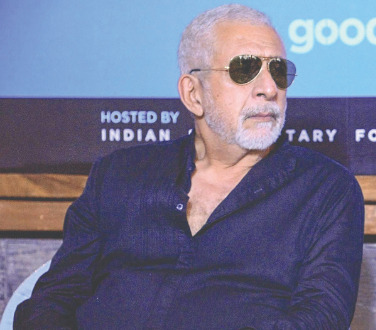 Veteran actor Naseeruddin Shah said that the three Khans - Shah Rukh Khan, Salman Khan and Aamir Khan - still rule Bollywood, 'unchallenged'. However, he added that by speaking on socio-political issues, they stand to 'lose' a lot.

Naseeruddin is known for speaking openly on matters of religious discrimination in India or overseas. Recently, he was caught up in midst of a controversy for condemning those who were 'celebrating' the return of Taliban rule in Afghanistan. However, actors such as Shah Rukh Khan, Salman and Aamir have refrained from making comments on the same.

Naseer said that they choose to stay quiet as the stakes are higher in their case.

Speaking to a leading news agency, he said, "Obviously they are worried because of the extent of harassment they will be subjected to."

"I cannot speak for them, but I can imagine they

have so much to lose. They would be subjected to all kinds and all manner of harassment and not just financial. Their entire establishments will get harassed," he added.

In a video that went viral on 'Twitter', Naseer had said that every Indian Muslim must introspect if they want 'reform and modernity' in the religion or live with dated 'barbarian' values.