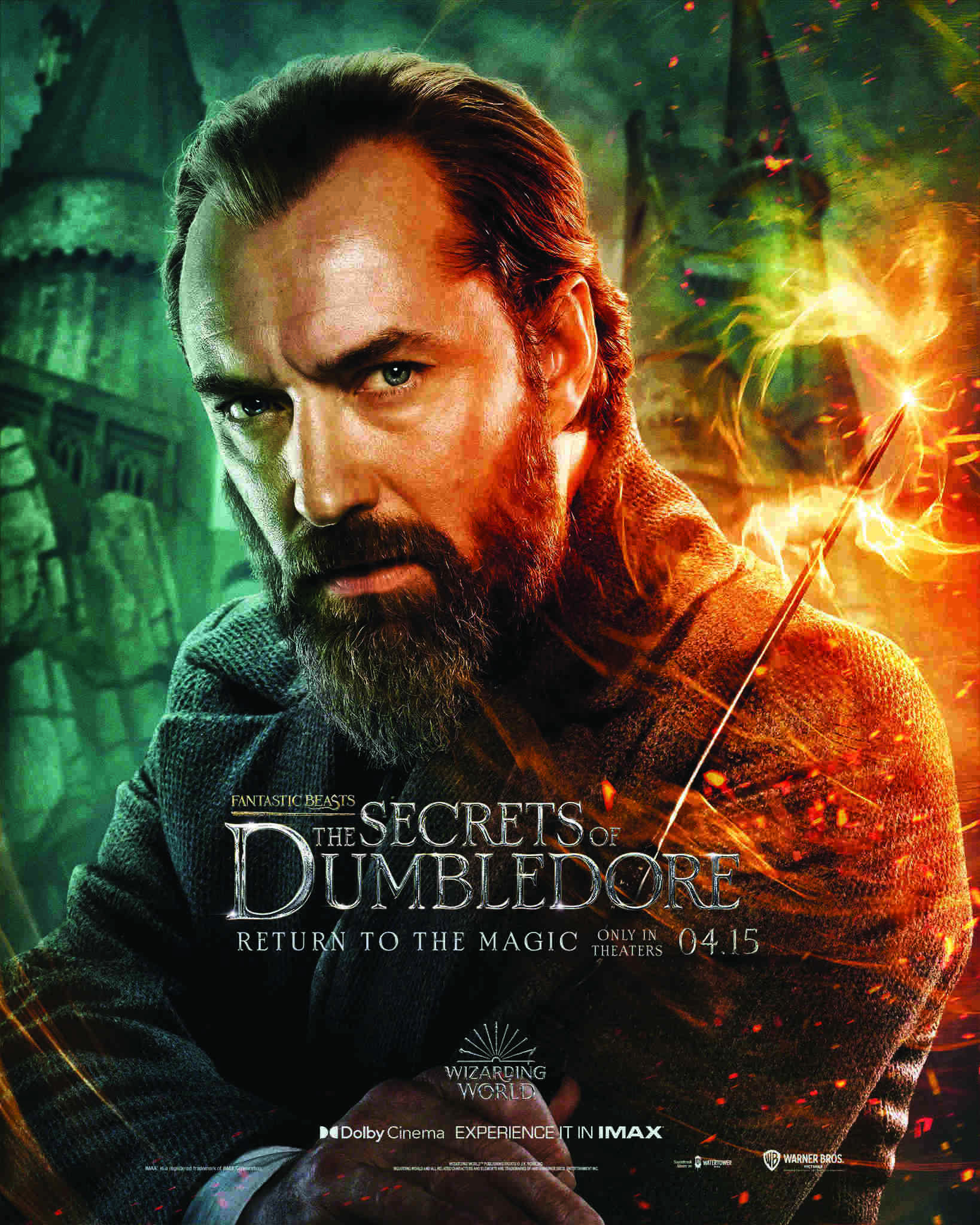 The makers of the 'Fantastic Beasts' series recently unveiled new posters of the upcoming movie 'Fantastic Beasts: The Secrets of Dumbledore'. The posters introduce us to new characters whilst reintroducing a bunch of familiar faces in a more combative avatar.

The first set of posters is all about Dumbledore's first army, referencing the DA group that had featured in 'Harry Potter' movies and books as well. To battle the dark wizard Grindelwald, Dumbledore needs some promising heroes on his side.

This is followed by posters of Grindelwald's team that features Mads Mikkelsen as Gellert Grindelwald, Ezra Miller as Credence Barebone, Alison Sudol as Queenie, Poppy Corby-Tuech as Vinda Rosier and Aleksandr Kuznetsov as Helmut Weiss.

Mikkelsen has replaced Johnny Depp, who was asked to leave the project after his very public court battle with former wife and actor Amber Heard.

'Fantastic Beasts: The Secrets of Dumbledore' will be helmed by David Yates, who had also directed the last four movies in the 'Harry Potter' series and the first two films in the 'Fantastic Beasts' franchise. The screenplay for the film has been written by author JK Rowling and Steve Kloves.

'Fantastic Beasts: The Secrets of Dumbledore' will release on April 15 in cinemas.