The Lollapalooza festival is coming to India in January 2023 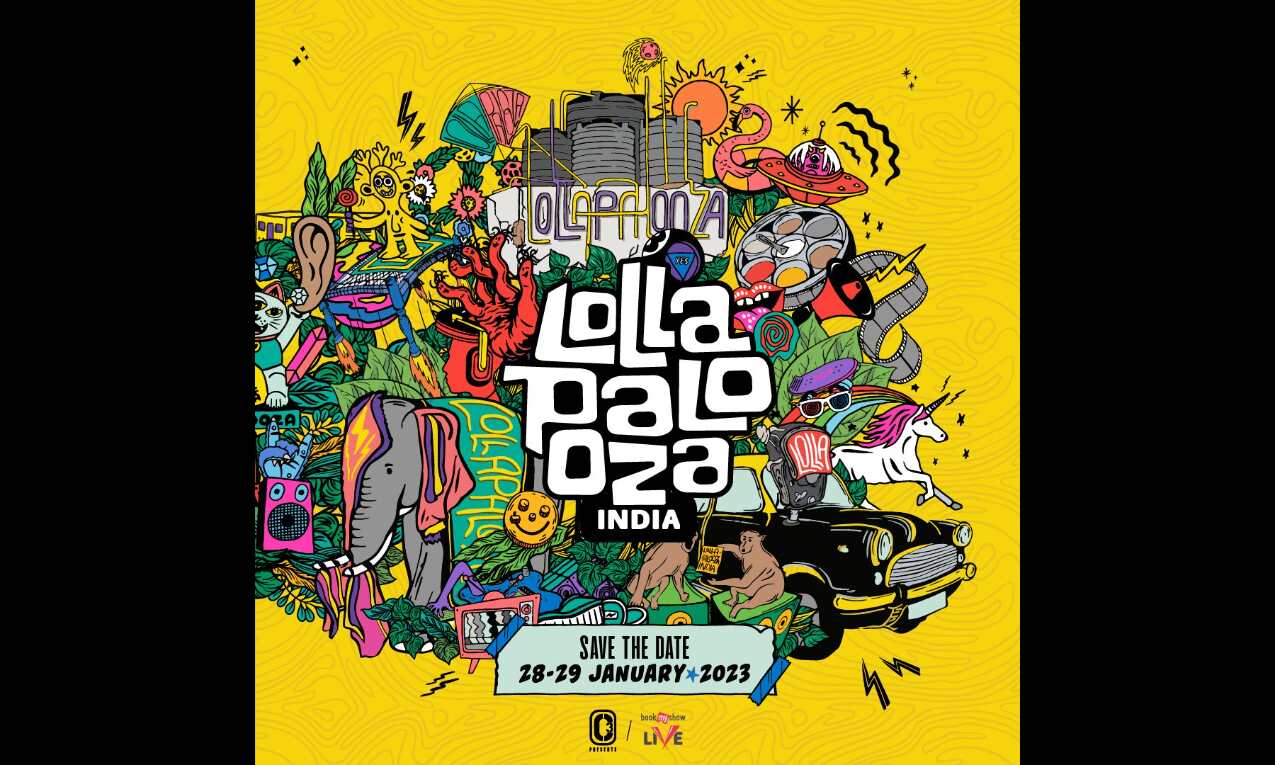 Mumbai: The iconic global music festival Lollapalooza is all set to make its India debut in January next year, the organisers announced Wednesday.

The two-day musical extravaganza will be held in Mumbai on January 28 and 29, entertainment and ticketing platform BookMyShow (BMS) said in a media statement.

BMS said it will spearhead Lollapalooza India as the promoter and co-producer for the festival's Indian edition along with global producers, Perry Farrell, WME and C3 Presents.

Ashish Hemrajani, Founder and CEO, BookMyShow, said they are proud to bring the music festival to India.

" 'BookMyShow' is proud to bring Lollapalooza to India - making it the eighth country and the fourth continent to do so. With a mix of some stellar Indian talent and global artists coming together on the same stage, we expect nothing short of magic," Hemrajani said in a statement.

The annual music festival Lollapalooza, which was launched in 1991, is globally synonymous with alternative lifestyle, music and culture.

"For 31 years, Lollapalooza has travelled the world, with seven locations across three continents that annually host the event. Everyone feels at home at Lollapalooza, a festival that celebrates the culture of music, with inclusivity and unique experiences at the centre of it," the release said.

"Following many years as a touring festival, Lollapalooza found its home in Chicago, USA and has grown to include annual editions across various culturally-rich countries, including Chile, Brazil, Argentina, Germany, France and Sweden with more than 66 editions of the festival so far, before it comes to India in 2023," it stated.

Perry Farrell, Founder, Lollapalooza, said they are excited about the India edition of Lollapalooza.

"The music of India is transcendental as it draws our spirits East. Lollapalooza is an instrument for unity, peace and education utilising the universal languages of music and art to find common ground. You may be excited and we are equally as excited," Farrell added.

"This music festival carries the legacy of having changed the course of alternative-rock music on the global stage. From introducing genre-defining acts and artists to the world, making them household names, Lollapalooza is a melting pot of myriad genres comprising pop, rock, metal, punk rock and hip-hop as well as indie, Electronic Dance Music (EDM) and techno," the release said.

Charlie Walker, Partner, C3 Presents, said they are looking forward to introducing Indian and Asian fans to this music festival.

"Lollapalooza has always been about exploring boundaries, musically and geographically. We are excited to introduce Indian and Asian fans to an entirely new festival experience that has been a significant rite of passage for millions of music fans around the world for more than three decades," Walker said.

The inaugural Lollapalooza India will be open to over 60,000 fans each day, featuring four stages with over 20 hours of unforgettable live music performed by some of the biggest names globally and locally.

Registrations for the India edition will be live on http://lollaindia.com starting today until July 31 for fans to register themselves for this musical extravaganza. Limited early bird tickets for pre-registered users go live on August 1, which starts from Rs 7,000.

According to the press release, the star-studded artist line-up for the first-ever India edition of the festival will be announced later this year.