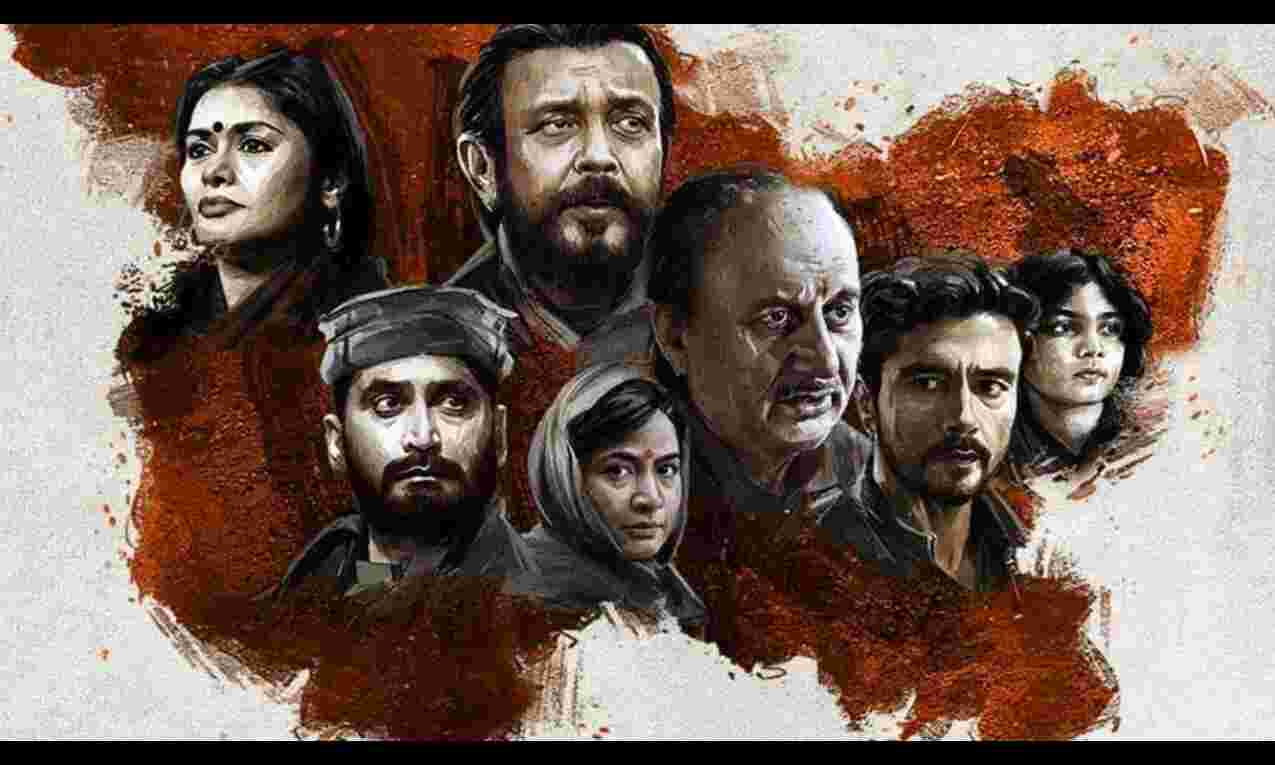 Vivek Agnihotri's drama "The Kashmir Files", based on the exodus of Kashmiri Pandits from the Valley in the 1990s, has minted approximately Rs 179 crores since it opened in cinemas on March 11.

According to trade observer Himesh Mankad, the film, which had a modest release across 600 screens on its opening day, added 1400 more screens by the end of the first weekend.

As of Monday, the film is running to packed houses across 4000 screens in the country, he added.

The film's unstoppable box office run also came in the way of Kumar's much-awaited "Bachchhan Paandey", which clocked in a weekend collection of nearly 37 crores, at least 15 crores short of what the trade had expected it to collect upon its release on March 18.

"What has happened to 'Bachchhan Paandey' is simply an act of God. You just can't predict a movement like this. A film needs to occupy a mindset, create enough noise and chatter for the audience to come to theatres. 'Bachchhan Paandey' just couldn't match the noise and euphoria of 'Kashmir Files'. If no one's talking about your film, why will they come and watch it? The discourse, from news channels, social media to papers, is dominated by Kashmir Files, which has effectively drowned 'Bachchhan Paandey,'" Chauhan told PTI.

Chauhan, who also runs a theatre in Bihar, said his property initially began with just one show of "The Kashmir Files" and soon increased it to three as the "demand was unprecedented".

Ashish Saksena, COO Cinemas, BookMyShow, described the film as an "unexpected underdog" which has become the "big hero of the season".

"The blockbuster has crossed a whopping 5 million in ticket sales on BookMyShow within less than two weeks, making it the second-fastest Hindi film to reach this mark (following that of the mega-movie 'Dangal')," he said.

The booking platform has witnessed maximum traction for "The Kashmir Files" across Mumbai, Delhi-NCR, Bengaluru, Pune, Hyderabad, Kolkata and Chennai.

Chauhan said that "The Kashmir Files" - a film without any commercial elements like songs or star power - found a solid ground to fly, partly due to its "emotional content" and the widespread government push it has received.

"When PM Modi says a film like this needs to be made and promoted, that makes a lot of difference. The last time our PM spoke about a film was 'Uri' and we all know what happened to the film. When he said, 'How's the josh?' that film went viral. Similarly, 'Kashmir Files' has now become a movement to support the Kashmiri Pandits' cause. There is a sense that, 'What happened to them was terrible. We couldn't do anything, but at least we can show our support by buying a ticket'. That has resulted in a herd mentality, where those who hadn't watched it, felt left out. When they started to come in, it became a wave," Chauhan said.

According to the exhibitor, the movie managed to collect the historic figures because it ceased to be "just a film".

"The film has tapped into that bracket of viewers who rarely step inside a cinema hall because they feel like watching 'Kashmir Files' is supporting the movement. It's working on all these levels as a film and as a political narrative, which is why these collections. Otherwise, it's not possible," he said.

Mankad said that "Bachchhan Paandey" was pitted against a juggernaut like "The Kashmir Files" but had little going for it in terms of the content. The Farhad Samji-directorial also stars Kriti Sanon, Arshad Warsi and Jacqueline Fernandez.

"Even before 'The Kashmir Files' became this 'movement', even before the tax-free announcements came in, the film had garnered massive interest in people. Its content, whether one calls it propaganda or something else, had clicked. In contrast, the audience just didn't seem excited enough for 'Bachchhan Paandey'. 'Pushpa' released along with the biggie 'Spiderman' last December, faced '83' and yet did well with its numbers. A good film will brave through competition. 'Bachchhan Paandey' got hit there, as the audience feedback was mixed, unlike 'Kashmir Files', which has been unanimous," he added.

Next week, "The Kashmir Files" will run alongside SS Rajamouli's much-awaited action drama "RRR". The multilingual, headlined by Jr NTR and Ram Charan, is billed as one of the biggest films of Indian cinema.

"The wave of 'Kashmir Files' will eventually stabilise, but 'RRR' is also expected to become a range. If Rajamouli's film connects, it can fly too. We have enough screens and audience to accommodate two in-demand films, so that's not a worry, trade-wise," Mankad added.