'The Godfather' team reunites on Oscars stage for 50-year tribute 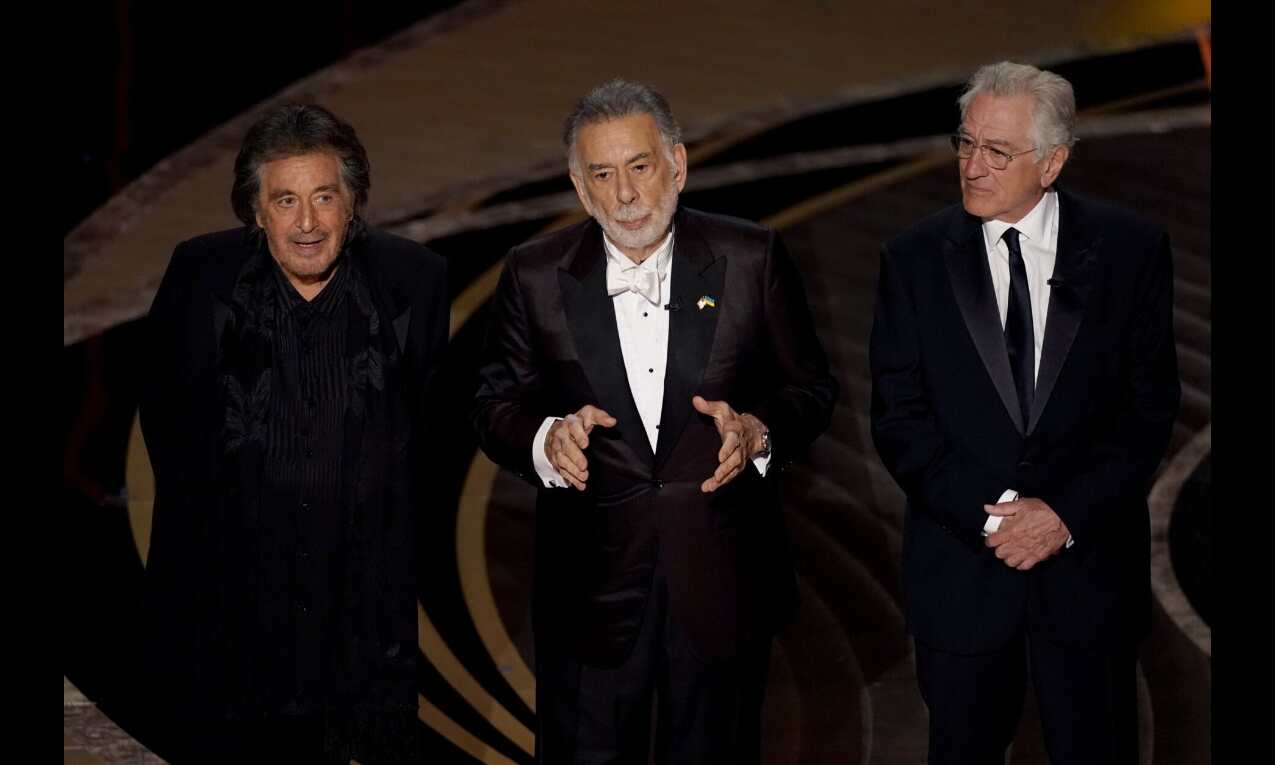 Los Angeles: Director Francis Ford Coppola joined actors Al Pacino and Robert De Niro to celebrate the 50 years of their iconic film "The Godfather" on stage at the 2022 Oscars.

The team walked on stage together following an introduction by Sean "Diddy" Combs but sadly the moment was marred by the altercation between best actor winner Will Smith and comedian Chris Rock moments before. Smith slapped Rock for making a joke about his wife Jada Pinkett-Smith in a shocking moment that was televised the world over.

Coppola, 82, praised the "legends" who made "The Godfather" a reality years ago as Pacino, 81 and DeNiro, 78, who featured in the second movie, stood alongside him.

"I feel moments like this should be sincere and brief, and I'm so grateful for my wonderful friends to come here to help me celebrate with you," Coppola said of DeNiro and Pacino.

"This project that we began 50 years ago with really the most extraordinary collaborators, many of them legends and so many of them that I can't take the time to list them all, but you know them all well."

"So, I'm going to only thank two from the bottom of my heart," Coppola added, thanking Mario Puzo, author of the Godfather novels and late producer Robert Evans.

"Thank you. Viva Ukraine!" the filmmaker ended his speech by showing support to Ukraine over the ongoing war with Russia.

He was among several other stars to state their support for the country.

Actors such as Jamie Lee Curtis, "Pachinko" star Yuh-jung Youn, who won the best-supporting actor Oscar last year and songwriter Diane Warren were among the people who sported blue ribbons printed with #WithRefugees on the red carpet.