'The decision has been collective' 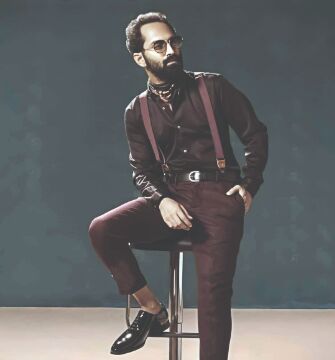 Malayalam cinema star Fahadh Faasil has confirmed that his upcoming film "Malik", which was planned as a theatrical release, will be heading to a digital platform in the wake of the COVID-19 pandemic.

Faasil's statement comes a week after the film's producer Anto Joseph said the political crime drama will premiere on a streaming platform.

The Malayalam-language movie was initially supposed to have a theatrical release last year but was delayed due to the pandemic. It was then rescheduled to arrive in cinema halls last month but was postponed again with theatres shut in most parts of the country due to the second wave of the pandemic.

In a lengthy note on Facebook, Faasil said the team of 'Malik' has collectively decided to release the film on an OTT (over-the-top) platform.

"With a heavy heart, the director, the producer, all the technicians and rest of us cast have opted for an OTT release for our very ambitious project, 'Malik'. Each and everyone associated with 'Malik' has put in over a year's time to bring this project together," the 38-year-old actor wrote on Wednesday night.

The film is written and directed by Mahesh Narayanan, with whom the actor previously collaborated on 2020's 'C U Soon'.

The makers are yet to reveal the name of the streamer where 'Malik' will release.

Unlike his recent OTT releases 'C U Soon' and 'Joji' on Amazon Prime Video, and 'Irul' on Netflix, the actor said 'Malik' was designed for a theatrical experience from the get-go.

"... it ('Malik') was the only film I had ready when theatres would open to 100%. The decision has been collective and I personally request everyone to see it in the best interest of the film," Faasil added.

Like others, the actor said he too is waiting for normalcy to return so that theatres can reopen.

"In all honesty I cannot wait for the theatres to regain normalcy but today every individual is fighting to regain normalcy in their respective space. At this point all that I can take responsibility is for an absolute fresh theatrical experience when I see you all in theatres next."

Faasil also opened up on his private life with actor-wife Nazriya Nazim (26) and how she had to give up "a lot".

The actor couple worked together for the first time in director Anjali Menon's 2014 film 'Bangalore Days'", following it up with 'Trance' (2020).

Faasil said he fell "head over heels" for Nazim, but it was the latter's conviction that led them to become a team now.

"I loved being around Nazriya. But my thoughts were random. I don't know if it sounds well now, but at that point, there was a lot Nazriya had to give up choosing me. It absolutely worried me and I kept fluctuating.

"It's just when I thought it was all going to be over because I am not strong enough she said, 'Hello, method actor, who do you think you are? It's just one simple life. Pack your bags with everyone and everything you need'."

The actor also addressed the injury he sustained on the sets of 'Malayankunju' earlier this year.

"My doctors said it was 'Close'. As a defence mechanism my hands touched the ground before my face, which in 80% of the cases victims fail to do because of the trauma and depth of the fall. I was lucky I didn't lose my presence of mind, my doctor added. There again, I was lucky with life for the Nth time," he said.