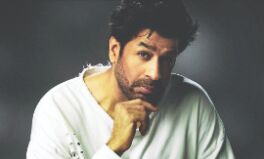 On September 6, Rajat Bedi's car hit a person in Mumbai. The injured man was taken to the hospital, but later he succumbed to his injuries. Following the incident, the actor was reportedly booked for causing death by negligence.

The actor recently talked about the accident and said he did everything he could to save the man's life.

"The accident completely destroyed me. Even though it was not my fault, I am devastated, thinking as this has happened to me. I tried my best to save his life," he said during an interview with a leading news agency.

He added, "I took care of all the expenses, even the funeral. I will continue to support them financially. I'm just waiting for the police thing to get done and then I will sit and look after the daughters and make some FDs for them. I have also got his wife a stable job so that at least the family income will be decent."

The 'Koi Mil Gaya' star shared that after the accident he just out of the car, picked the injured man and rushed him to the hospital. He said all this while people kept saying, "Arrey actor hai actor."

"Thankfully, the accident did not happen in the night. It happened at 5:30 in the evening, nahi toh they would have assumed ke main peekar gaadi chala raha tha," he added.

Further describing the incident, the actor admitted that his problems did not end after he reached the hospital. He said that there was no one to look at the injured man and he was freaking out. But finally, the doctors took the case and while he took care of everything financially and arranged blood for the victim at 3 in the morning.