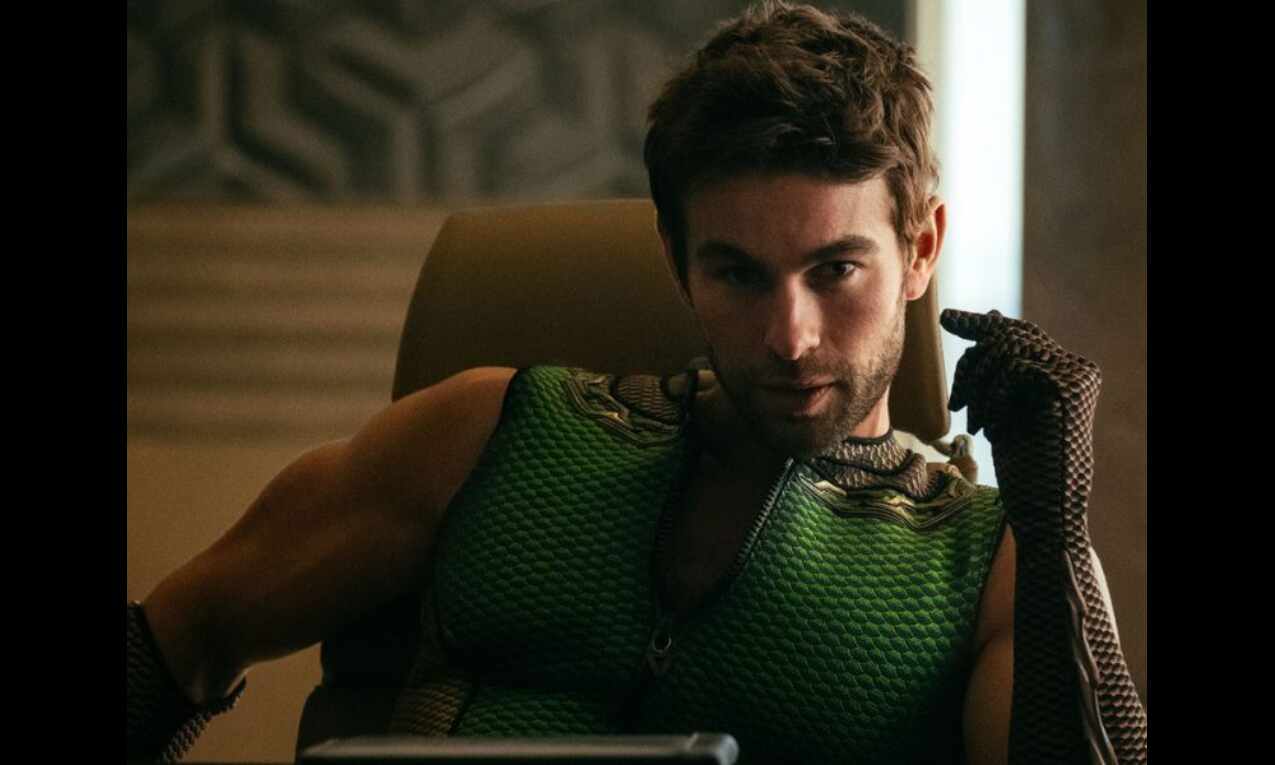 New Delhi: Hollywood actor Chace Crawford says he was initially concerned about playing "narcissistic" superhero The Deep in the popular series "The Boys" as he had no idea how the character would be received by the viewers.

The Erick Kripke-created show, adapted from The New York Times best-selling comic by Garth Ennis and Darick Robertson, takes place in a world where superheroes or Supes have embraced the dark side.

It centres on a group of vigilantes known informally as "The Boys" who set out to take down corrupt superheroes with no more than blue-collar grit and a willingness to fight dirty.

Crawford, who found a dedicated following with his "Gossip Girl" character Nate Archibald, said he was not sure how The Deep would fare with the audience, especially after the first season where the character sexually assaults his fellow superhero Starlight, played by Erin Moriarty.

"Honestly, I was worried about this character in the first season with the big scene with Starlight, which wasn't really in the script. And then it was like a very hard tonal gear shift to this character. But I was curious about the audience response. And thank God they thought it was funny and also messed up and dark at the same time," the actor told PTI in an interview.

Crawford, 36, said essaying The Deep, who possesses the power to breathe underwater and the ability to communicate with sea creatures, has been a "weird" experience for him.

"I just kind of played him and took the curve balls that were thrown at me. I played him as best as I could and ran with it," he added.

One of the challenges that came Crawford's way was in the third season, which currently streams on Prime Video.

The new season includes the 'Herogasm' episode that saw the show's various characters indulge in some wild acts.

Crawford said he had "a lot of therapy and a lot of meditation" before he filmed for the episode.

"There was really no way to prepare. Kripke did drop some hints. I know that Erin, who plays Starlight, didn't want to know anything. It was weird. I definitely had some panic attack moments where I kept calling Kripke. So, he talked me off the ledge and it has turned out to be really funny."

Asked if he believes that the character, who has a baggage of a #MeToo accusation, can ever be redeemed, Crawford said he is a "tough sell".

"It's a question that is often asked. Can you forgive such people? Like, how does it go? But I don't think the Deep is really redeemable. It's a tough sell. It's not really possible. But he's also not the type of person who is sad (about this)."

The actor said that The Deep's actions don't show that he is someone who is looking for redemption.

"It comes across as funny that when you put the words in his mouth to make the apology, he's like, 'I'm sorry. What do you want me to do?' He's the kind who just wants to say the right things and move on. But he's still a narcissistic person. He's never going to change," Crawford added.

The third season premiered on Prime Video on June 3 and new episodes will be available on each Friday following, leading up to the season finale on July 8.