The Avengers reunite for 'Battle of New York' 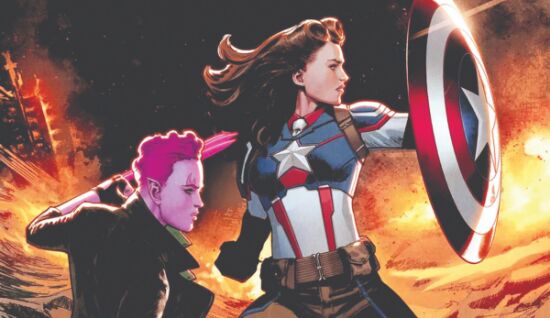 The first trailer of Marvel's first animated series 'What If…?' hit the Internet on July 9. It will debut on August 11, 2021.

The 10-episode series is an extension of the 'Marvel' comics' series of the same name. The show comes after well-received content such as 'WandaVision', 'The Falcon and the Winter Soldier' and 'Loki', which is heading towards its conclusion. Scarlett Johansson-starrer 'Black Widow' was released on July 9 in many parts of the world, except for a few countries including India.

'What If…?' gives the audience the feeling of departure from the rest of the content. Almost all the characters make an appearance in the trailer. Even the Avengers line-up during the 'Battle of New York' brought few fresh faces for the viewers.

The upcoming series becomes special as it features the final Marvel performance of the late Chadwick Boseman, who played Black Panther in the 'Marvel Cinematic Universe' (MCU).

The show is also confirmed for a second season with ten episodes, as Marvel's chief Kevin Feige had earlier said.