'Telling a global story through my city Kolkata' 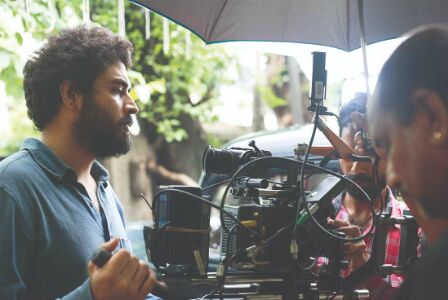 People and places fascinate filmmaker Aditya Vikram Sengupta who says "Once Upon A Time In Calcutta", his third feature and the only film from India to be selected for the prestigious Venice International Film Festival, is an attempt to capture a particular moment in his city and the world.

"This is the birth centenary year of Satyajit Ray so it is special to have a Bengali film in Venice as the only Indian film. The entire team is happy and we all feel validated," Sengupta, who won the National Film Award for 'Labour of Love', said in an interview.

Inspired by true events, the Bengali language film is the director's homage to his birthplace and follows the life of a grieving mother desperately trying to find a new identity, love and independence, but soon realizes that she is not the only scavenger in a city brimming with hunger.

Sengupta, 37, said though the film is set in Kolkata, people everywhere can relate to the story.

"I've always been conscious that everything will eventually become a memory, like a fairytale. That's where the idea of the

title came from. It is also recording this one time that the city and the

world is going through with the internet, TikTok, Instagram and all of this madness. There is nothing in the film that people can't relate to."

As someone who writes, paints and also dabbles in magic when not exploring the city and its people in his cinema, Sengupta

said he is fascinated by people and how each one of them embodies a world within.

"Everyone embodies a world, which is not just their own. There are billions of them and that's very fascinating for me. Each one of them has a way of seeing the world, has a different socio-economic background, their own idea of grief,

pain, love and happiness. That's the beauty of human faces because they depict time and perception," he said.

Sengupta said like most of the people, he has a love-hate relationship with his birth city.

"These relationships that one has with one's city are very abusive. You just hate something about it, but then you are forgiving of it and there's some sense of comfort also. So, it's very confusing."