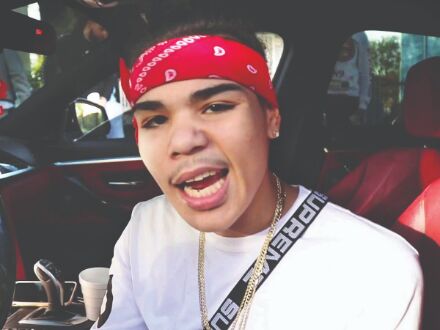 On the evening of August 8 in Hartford, Connecticut, local teenage rapper YNT Juan was tragically murdered. The rapper, whose real name is Juan Bautista

Interestingly, Juan shared his recently released remix of Kanye West's 'Power' to his 26,000 'Instagram' followers shortly before his death. On August 3, he released a video for the remix on 'YouTube', where he had over 4,000 followers. It has subsequently received over 18,000 views. Shortly after the news of his demise came out, fans and friends showered his most recent Instagram post with comments in tribute to the late rapper.

"I actually believed in you from the moment we first met and made a video and I'm grateful we did," one comment read. Another comment read, "Sleep easy legend."

According to 'People', his childhood friend Janine told the Hartford Courant, "He never went live on his 'Instagram' to speak about drama. He always went on there to encourage his friends or promote his music. He did not even get to graduate school yet."