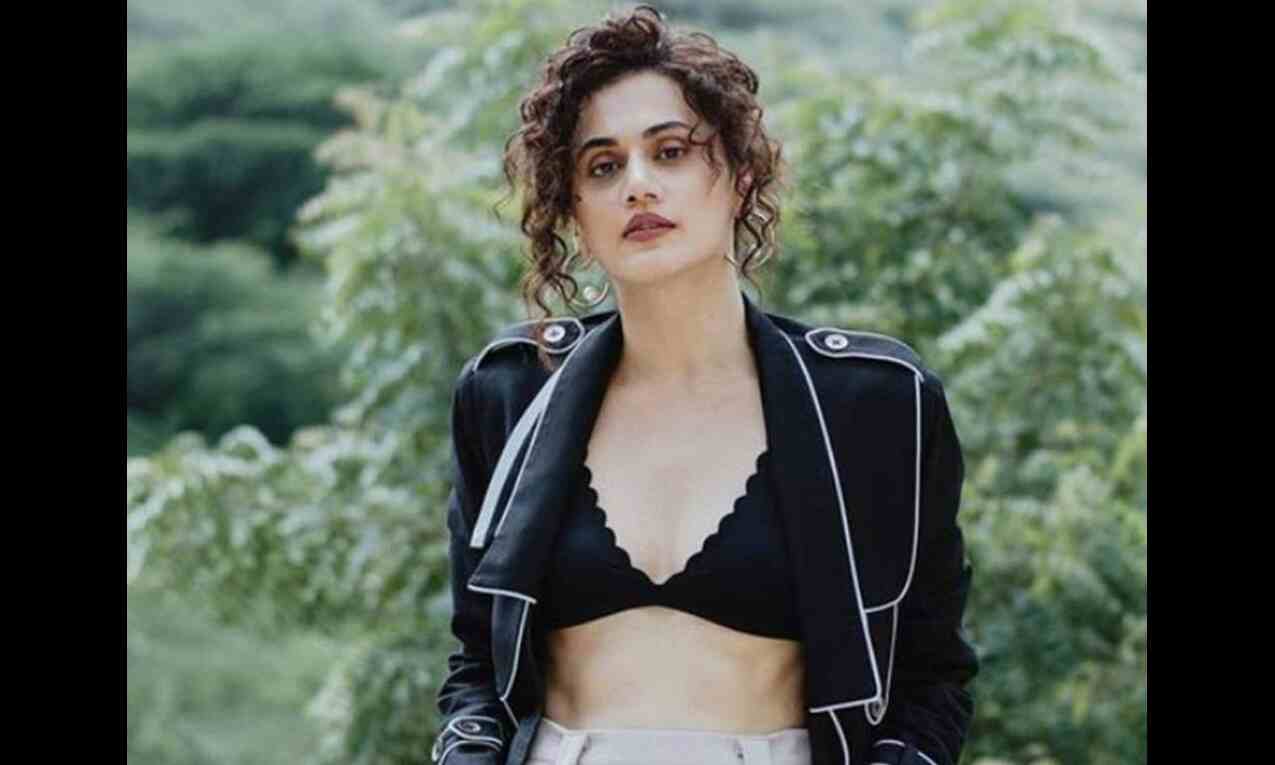 Mumbai: Actor Taapsee Pannu on Thursday said her upcoming Telugu movie "Mishan Impossible" was a project she chose because of the "gratitude" that she has for the industry for helping her become successful in cinema.

The actor got her big break in 2010 with the Telugu film "Jhummandi Naadam" and later featured in "Vastadu Naa Raju", "Mr Perfect", "Mogudu" and "Sahasam", among others.

She now returns to the industry with Swaroop RSJ-directed "Mishan Impossible", three years after her bilingual thriller "Game Over".

Ahead of the comedy thriller's release on Friday, the 34-year-old actor took to Instagram and posted a heartfelt note.

According to the makers, "Mishan Impossible" follows the lives of three boys, who set out to find the whereabouts of Dawood Ibrahim for a reward of Rs 50 lakh promised by the government.

Pannu said that "Mishan Impossible" is a project she will be immensely proud of.

"Power that comes with success can make you highly addictive and greedy for more but seldom do you realise the potential of the responsibility that comes with that power. Time and again I get these beautiful opportunities to associate myself with the so-called 'small' films which ironically have a big heart, films you know many will fail to understand why you chose them unless you watch them. Adding a film, I know I will be proud of whenever I look at my filmography," she added.

Post the Telugu film, Pannu has a packed slate as she will be seen in films like director Anurag Kashyap's thriller "Dobaaraa, "Shabaash Mithu", the biopic of Indian cricketer Mithali Raj and "Blurr", which marks her debut as a producer.