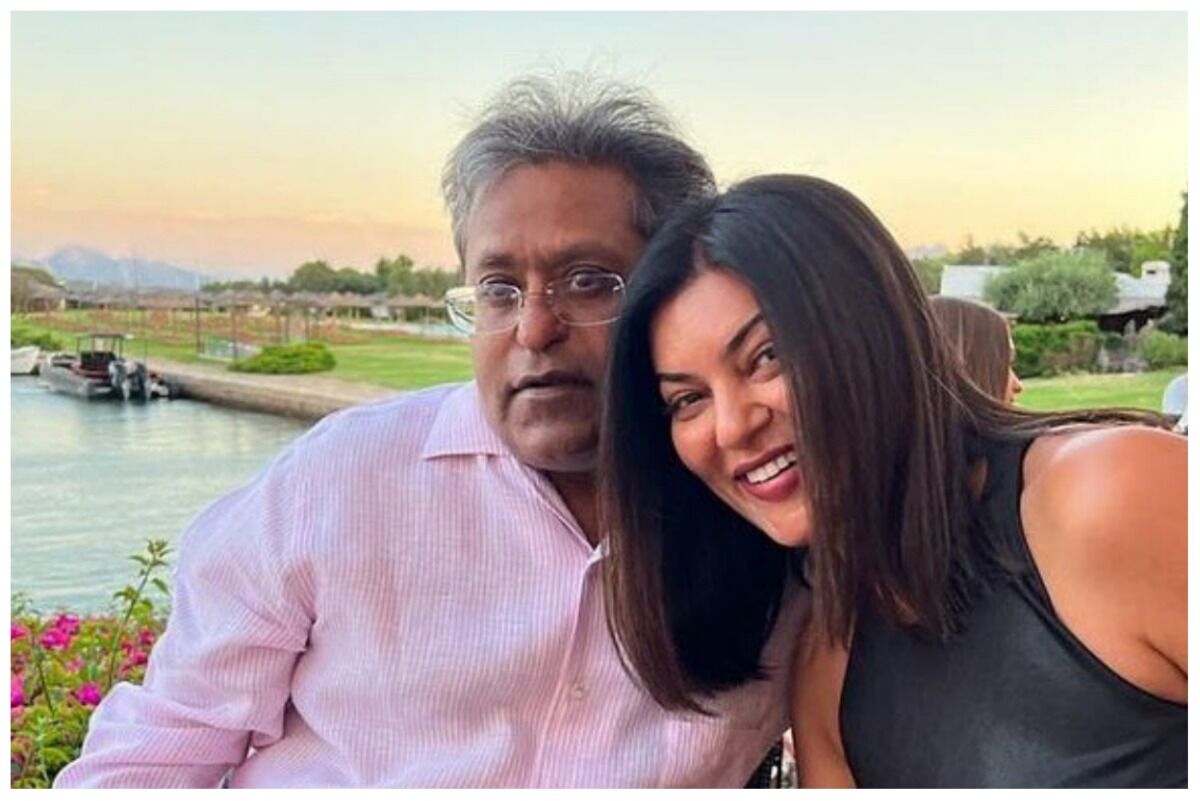 Sushmita Sen has broken her silence after Lalit Modi announced that they are in a relation-ship. The actor said that she is in a happy place but not married and that should be enough clarification. She made the comments on her Instagram account as she shared a pictures with her daughters - Renee and Alisah.

Former IPL chairman Lalit Modi had announced on Thursday night that he is dating Sushmita. He had taken everyone by surprise as he made the revelation with a series of pic-tures on his social media accounts, and called Sushmita his better half. The pictures on Twitter included two throwback pics of him and Sushmita. He had captioned them, "Just back in london after a whirling global tour #mal-dives # sardinia with the families - not to mention my #betterhalf @sushmitasen47 - a new beginning a new life finally. Over the moon."

Sushmita's fans ex-pressed shock at the news, especially since she had not reacted to it. The actor took to her Instagram account on Friday to finally issue a clarification on the matter.

Sushmita wrote, "I am in a happy place. Not married…no rings…unconditionally surrounded by love. Enough clarification given…now back to life and work!! Thank you for sharing in my happi-ness always…and for those who don't…it's #NOYB (none of your business) Anyway!!! I love you guys!!! #duggadugga #yourstruly."

Following this tweet, there was speculation about the duo's marriage, but in a follow up post the 56-year-old businessman also clarified that they are just "dating".

"Just for clarity. Not married - just dating each other. That too it will happen one day," he had said. The businessman had also shared photographs with Sen.

Meanwhile, Sushmita has been receiving congratulatory messages on her post since then. Gauahar Khan commented, "God bless you always." A fan wrote, "Finally the queen spoke in most elegant way." Another commented, "Perfect answer."

Sushmita was in a relationship with model Rohman Shawl before they parted ways amicably last year. Rohman had also congratulated Sushmita after Lalit shared their pictures. Rohman told Pinkvilla, "Let's be happy for them na. Love is beautiful. All I know is if she has chosen someone, he is worth it!"

When about about his reacting to the relationship, Sushmita's brother Rajeev Sen said that he wasn't aware that his sister is dating the businessman. "I am pleasantly surprised. I will speak to my sister before I say anything. I wasn't aware of it at all," Rajeev told a news portal.

Amid all the internet buzz, eagle-eyed netizens have dug up old posts from the latter's Twitter handle where he had mentioned something or the other about the Miss Universe 1994.

A nine-year-old tweet of Lalit has been doing the rounds on the internet in which he tagged Sushmita and wrote, "reply my SMS."

In 2013, the former IPL Chairman shared a tweet in which he wrote, "Okay I commit "@thesushmitasen: @LalitKModi you are too kind. However, promises are meant to be broken, commitments are honoured. Cheers love. Here is to 47." Sushmita replied, "Gotcha 47," to which Lalit responded, "Reply my SMS."