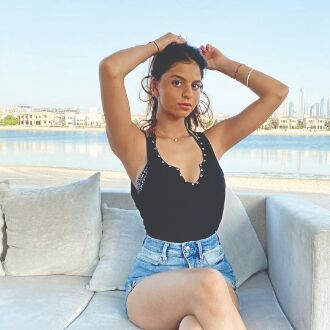 Bollywood filmmaker Zoya Akhtar is all set to launch King Khan Shah Rukh Khan's star kid Suhana Khan. As per the report, the prep-work for it has already begun.

According to another report, Zoya has found the central character of her next project in Suhana. The report mentioned that Zoya is working on the Indian adaptation of the international comic book, 'Archie' for a streaming platform, in which Suhana will star.

The report stated, "Zoya has been working on the Indian adaptation of the International comic book, 'Archie', for the digital giant, 'Netflix'. It is a teenage story and she has been on the lookout to get multiple young actors on board to play a bunch of friends."

"It is in the nascent stage at the moment and the final paperwork will be done once Suhana and her father Shah Rukh Khan okay the bound script for launch," added the report.

Two more actors will be launched alongside Suhana Khan.

The story of Archie revolves around the character and his gang of friends - Reggie, Jughead, Betty, Veronica, Moose, Midge, Dilton, Big Ethel, Mr Lodge, Miss Grundy, Pop Tate, Mr Weatherbee, Smithers, Stevens and many others who belong to the Riverdale High School.