'Stars have been demystified' 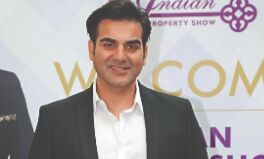 Arbaaz Khan talked about the vicious trolling faced by B-Town celebrities in recent times and how it had an effect on their mental health and careers. In the aftermath of Sushant Singh Rajput's death, several stars were attacked and abused online.

In a recent interview with a leading news organisation, Arbaaz shared that the allegations of 'rampant drug use and sex' appeared to be a part of a campaign and 'instigated'. He added that the trolling was done by accounts with just one or two followers, as opposed to verified accounts with millions of followers.

"Till now, there were only two professions that were held in the highest regard - cricket and acting. Cricketers and stars remained protected. Cricketers still enjoy that protection. But now what has happened is that stars have been demystified. It is like, 'Oh you think you can speak against the government, we will show you that even your stars are no saints and we will run them down'. It is a campaign. So, it is said that there is rampant drug use and sex in the industry. So, 'let us expose them'," revealed the actor.

He added, "This has been done intentionally because it cannot be happening that such things have been happening for 100 years and in one year suddenly everything changed. It has been instigated or probably planned. If you look at the people doing this, they have one or two followers so they have opened the account to do this. It is not that a person has six million followers or is verified and then they are trolling. This comes from an unfounded scenario where it does not matter if it is true or not."

Khan said that he realised that people were taking these allegations seriously when friends and family members started calling to verify if what was said in the news was indeed true.