Director SS Rajamouli, who is back with another mega-budget multi-starrer in ‘RRR’, says he is someone who believes it is the story and not stars who ultimately run the show in a pan Indian film 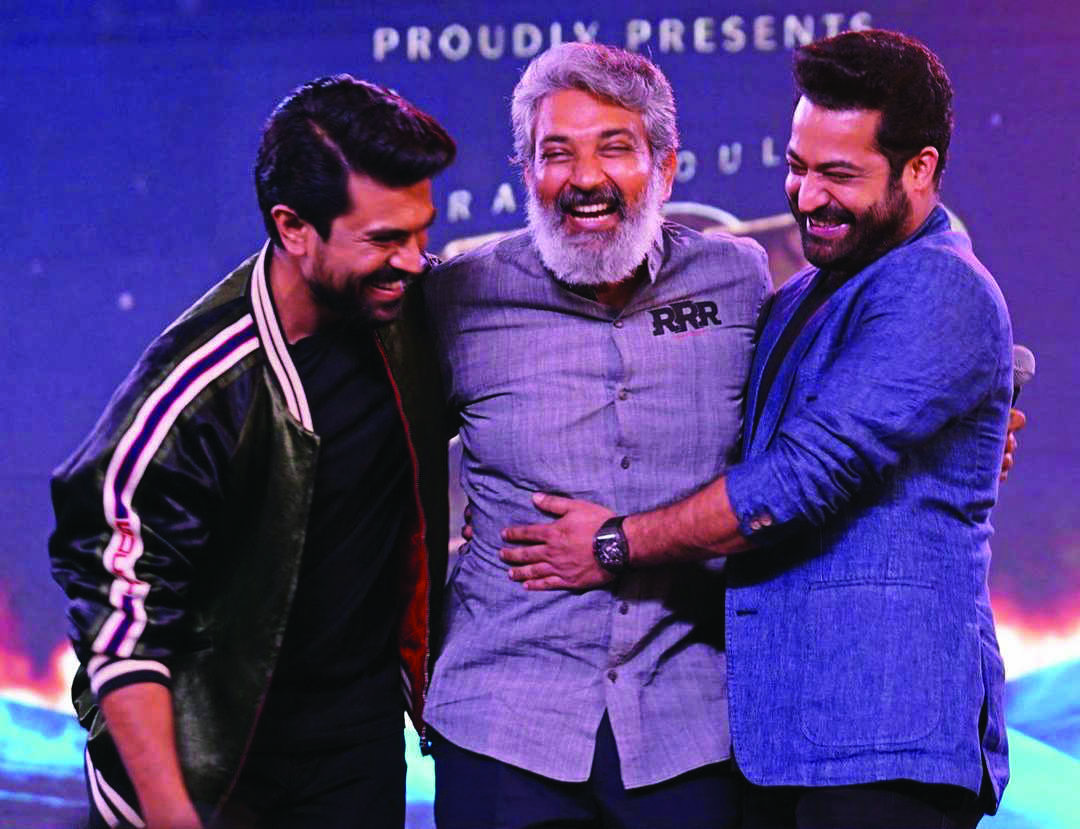 For 'Baahubali' director SS Rajamouli, the key to making a true pan-Indian film is not about bringing big stars from different industries together as the filmmaker says it is important to have a story that connects universally, sometimes without even dialogues.

The director, who is back with another mega-budget multi-starrer in 'RRR', five years after the release of the second part of 'Baahubali', says he is someone who believes it is the story and not stars who ultimately run the show in a pan Indian film.

"A pan-Indian film does not mean that actors from different languages come together. A pan-Indian film means a story that connects to everyone irrespective of the language. While creating a story, I think 'if I switch off this dialogue portion, will the audience still connect to my movie?' Many times, the answer is a yes," Rajamouli told PTI in a 'Zoom' interview from Hyderabad.

The 48-year-old director said it is easy to be 'regional' when there are big stars in the film as one can easily 'play to the gallery' but one should not fall into this trap.

"If your basic storyline is about universal emotions then you have to build up the scenes that way, not to the stars' status. The actor in the star should be able to support your movie. I always believe stars are there to bring the audiences to the theatres but once they are there, it is the story that runs the show, not stars," he added.

Rajamouli said he did not approach Bhatt or Devgn because it was an 'economically viable' option but because their presence was essential to his film.

The director said he always wanted to do a fictional story on a real hero and the timelines of Raju and Bheem's revolt were so similar that he thought this would be a perfect story to set up his film.

"Even though the film is inspired by freedom fighters and the Independence struggle, it is not about patriotism but the friendship between these two heroes and how they inspire each other to grow. Because it is a fictional story, I did not go too much into the authenticity in terms of their clothes and the way they speak," he said.

What connects the universe of 'Baahubali' and 'RRR' is the theme of fighting against oppression, Rajamouli said.

"I do not analyse my films too much, but if I look back, yes, oppression and the rise against it is a very strong human emotion. I love weaving stories around oppression and uprising," he said.

The director said he is aware that those who have watched 'Baahubali' will expect something similar with 'RRR', though both the stories are different.

"I'm aware that people who have gone and watched 'Baahubali' would be expecting a similar thing with my next film, 'RRR' in this instance. But I do not get bogged down by that. When people say, 'we need another Baahubali' what they really mean is that they want a similar experience with what they had with 'Baahubali'," he added.

Asked about the instructions he gives to his actors, especially about their physical appearance in the film, the director said he narrates his story in a way that actors understand what is required of them.

The director said having worked with both the actors in the past, they were on the same page when it came to their performance.

He, however, is looking forward to the dubbing they have done for the film in four languages: Hindi, Tamil, Kannada and Telugu.

For 'RRR', Rajamouli has once again collaborated with his father, writer K V Vijayendra Prasad, best known for 'Bajrangi Bhaijaan', 'Baahubali' and 'Manikarnika: The Queen of Jhansi'.

The director praised his father for his penchant for creating dramatic scenes with great flourish.

"From a young age, I had this vivid imagination. When my father started working, he would tell us scenes he had developed and I would amp them up in my own way. He realised I have something in me and asked me to join him as an assistant," he said.

Rajamouli said after assisting his father for five years, they developed a shorthand about how their individual minds worked.

"He is the best story writer I know. He wrote almost all of my films, except one or two. We understand each other well. But as a writer-director, it is me who dictates the scenes. We have our own share of arguments and quarrels," he added.

The COVID pandemic delayed the film by a year, but the director took it in his stride, saying it only gave him more time to polish the film.