'SRK and family being used as smokescreen' 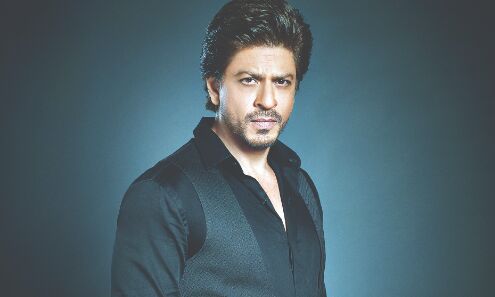 Aryan Khan's arrest in the alleged drugs case came as a big shocker for not just Shah Rukh Khan and his family but everyone in tinselvile. It was reported that the star kid was arrested recently during a raid by NCB at a cruise ship in Mumbai. According to recent reports, educational app Byju's pulled off the ads featuring the Bollywood superstar now and paused their association with him.

King Khan has been the face of the Byju's along with several brands. As per a report published in a leading daily, Byju's was his largest sponsorship deal and he was earning around Rs 3 crores to Rs 4 crores annually from it.

Talking about halting the ads, a source stated, "Byju's have paused all SRK-related promotions for now. It had to be pulled as the company, which is in education, would not like to be seen in promotions with him given the controversy over the drug case involving his son."

It is yet to be decided that if Shah Rukh Khan, who has been associated with Byju's since 2017, will continue to be its brand ambassador.

Meanwhile, few celebrities expressed their opinions on the ongoing case against King Khan's son and the BYJU's controversy.

TV actor Nakuul Mehta took a dig at the ed-tech company as he wrote, "Being replaced by the serving minister whose son is arrested for murder charges! Class, Byju's!"

Taapsee Pannu said, "That is a part and parcel of being a public figure. And that is a baggage every public figure's family also carries, whether they like it or not. You have the positives of enjoying a star status and this is the kind of negative that also comes with it. If it is a family of a big star, you also enjoy the perks of that, right? So, there is a negative side also that you end up facing."

"As far as you are prepared to face the consequences after going through the trial officially, you know you do not have to bother. I think with that kind of stardom level, you are aware of the scrutiny that is going to happen. It is not like ki kahan se aa gaya pata nahi chala. I'm sure they know the kind of repercussions of things that are going to happen. With that kind of star status, that person is very aware of what can happen," the 'Rashmi Rocket' star added.

Taapsee stated said that people will always have something or the other to say and that their opinions keep on changing. She emphasised that if they are ready to go through the legal proceedings, nothing else matters.

Vishal Dadlani spoke in favour of the actor and tweeted, "If composers count, I am. SRK and his family are being used as a smokescreen, a soft target to distract from the 3000 kg Talibani-drug haul at the Adani port and to distract from the murder of farmers by the son of a BJP member/MLA. Straight-up."