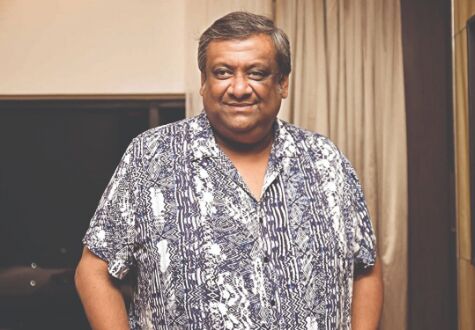 With Prosenjit Chatterjee in the lead role, 'Gumnaami' created controversies as it put forth three theories over Netaji Subash Chandra Bose's 'disappearance'.

Chatterjee also essayed the character of a superstar who undertakes a journey to his village home in 'Jyeshthoputro' (eldest son).

Referring to his feat in 'Gumnaami', Mukherji said "67th National Awards. #Gumnaami wins Best Adapted Screenplay and Best Bengali Film. 5th individual National Award, 10th for the Team. Congrats to all and thank you for all the love."

Ganguly posted on social media: "Was handed over two national awards for Jyeshthoputro in best categories. My congrats to all technicians and actors and producers for this success."

Mukherji later said it was a matter of pride to be present at the awards function with a "teacher-turned-colleague".

"When it comes to screenwriting, my film schools have always been Rituparna Ghosh and Kaushik Ganguly,"

"And today, as I share the platform with him to receive a screenwriting National Award, I realise one's greatest award is when one's teacher, one's idol becomes one's colleague, and as he often reminds me in a whisper in the middle of a tight hug, a fierce

competitor as well," he said.