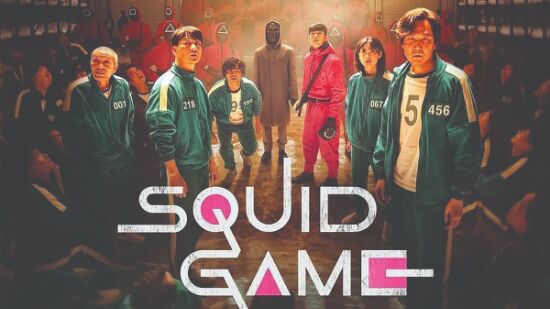 Netflix' estimates that its latest megahit, 'Squid Game', will create almost 900 million dollars in value for the company, according to figures seen by 'Bloomberg', underscoring the windfall that one megahit can generate in the streaming era.

'Netflix' differs from movie studios and TV networks in that the OTT platform does not generate sales based on specific titles, instead of using its catalogue and a steady drumbeat of new releases to entice customers every week. But the company does have a wealth of data concerning what its customers watch, which the company uses to determine the value derived from individual programmes.

'Squid Game' stands out both for its popularity and its relatively

low cost. The South Korean show, about indebted people in a deadly

contest for a cash prize, generated 891.1 million dollars in impact value, a metric the company uses to assess

are just for the first season and stem from a document that details Netflix's performance metrics for the show.

The document underscores just how successful this one show has been for 'Netflix' and offers the clearest picture yet as to how the world's most popular online TV network judges the success of its programming.

'Netflix' has released self-selected viewership metrics for a handful of TV shows and movies, but it does not share its more detailed metrics with the press, investors or even the programs' creators. Guessing the popularity of a given show has become something of a parlor game in Hollywood, even 'Netflix' has begun to release data in dribs and drabs.

An attorney representing 'Netflix' said in a letter to 'Bloomberg' that it would be inappropriate for 'Bloomberg' to disclose the confidential data contained in the documents.