Sonu to feature in an action-thriller Fateh 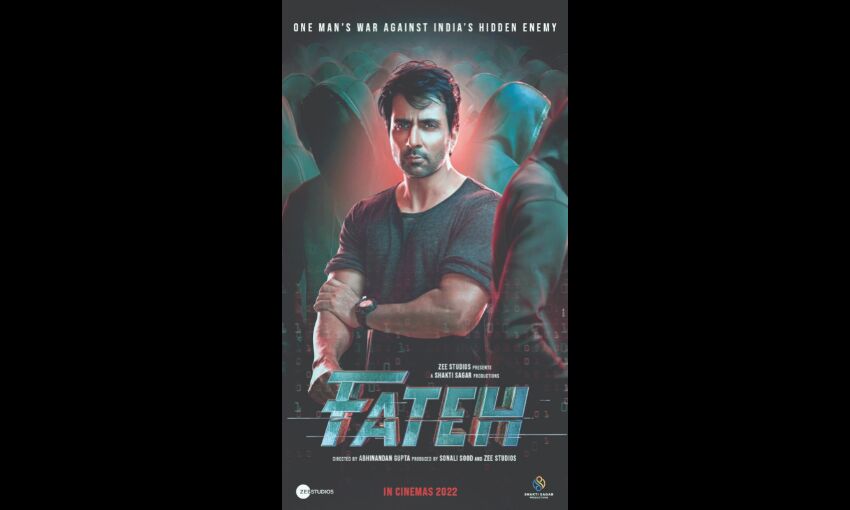 Backed by Zee Studios, the movie is helmed by Abhinandan Gupta, who has worked as an assistant director on Bajirao Mastani and the upcoming Shamshera .

Inspired by real-life incidents, Fateh will see Sood in a never-before-seen cinematic universe with high-octane action sequences at its core.

The 48-year-old actor, best known for his villainous outings in 'Dabangg' and 'Simmba', said he is thrilled to be part of a thought-provoking film like Fateh.

The story piqued my interest. It is one of the most crucial subjects that need our attention. As soon as I read the script, I knew I wanted

to be a part of it. I am extremely excited to bring this thought-provoking story to the

audience, Sood said in a statement.

Shariq Patel, CBO, Zee Studios said it is exciting to present Sood, who catapulted to national limelight for his work in helping migrants reach their homes during the COVID-19 pandemic, as a protagonist in their film.

Sonu is a fine actor and has proved himself constantly for the last decade and a half. But given what he has done over the last year had made him a true hero. I'm sure his return to the big screen as the protagonist in such a gripping story will be exciting for everyone, Patel said.

Fateh, produced by Zee Studios and Shakti Sagar Productions, is expected to go on the floors in early 2022.

Sood will next be seen alongside in Yash Raj Films Prithviraj, also starring Akshay Kumar and Miss World 2017 Manushi Chhillar in her acting debut.