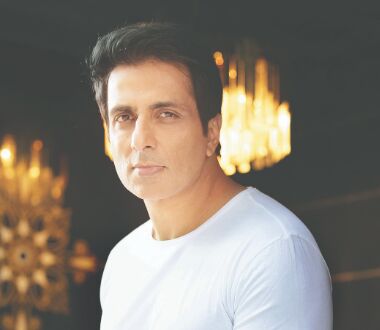 Mumbai: Income Tax Department officials raided Sonu Sood's Mumbai office as well as six other premises linked to the actor in connection with an alleged tax evasion probe, according to reports.

They said the action is being carried out in at least half a dozen locations in the metropolitan city and Lucknow.

It was not immediately clear if the action was being undertaken at Sood's residence also.

A real estate deal is under the scanner of the department, they said.

The actor grabbed the national spotlight for helping migrants reach their home states during the nationwide lockdown clamped last year in the wake of the COVID-19 pandemic.

The tax raids come days after the actor's high-profile meeting with Delhi Chief Minister Arvind Kejriwal, who declared him the brand ambassador for his government's mentorship programme for school students in the capital. After the meeting, Sonu Sood denied any plans for a political debut with Mr Kejriwal's Aam Aadmi Party (AAP).

Though he has never shown any inclination towards politics, speculation ran wild after his meeting with the AAP chief and rumours suggested the actor may contest next year's Punjab election.

The tax searches were linked by many to the meeting.

"There is no relation to that. Any personality can meet anyone. It is just a search, not a raid. It's on a tipoff. It's not necessary that the person who heads the charity has done anything wrong... It must be something at the lower level. Income Tax is an independent department, which has its own protocol. It is doing its job," Asif Bhamla, BJP spokesman, said.

Sonu Sood's humanitarian efforts endeared him to a legion of fans across the country in the past year. The 48-year-old actor won wide praise for his charity work during the pandemic. He organised special flights and buses home for migrants stranded by last year's lockdown and in April-May, at the peak of the second wave, he organised oxygen for Covid patients.