Sonali Bendre to make OTT debut with 'The Broken News' 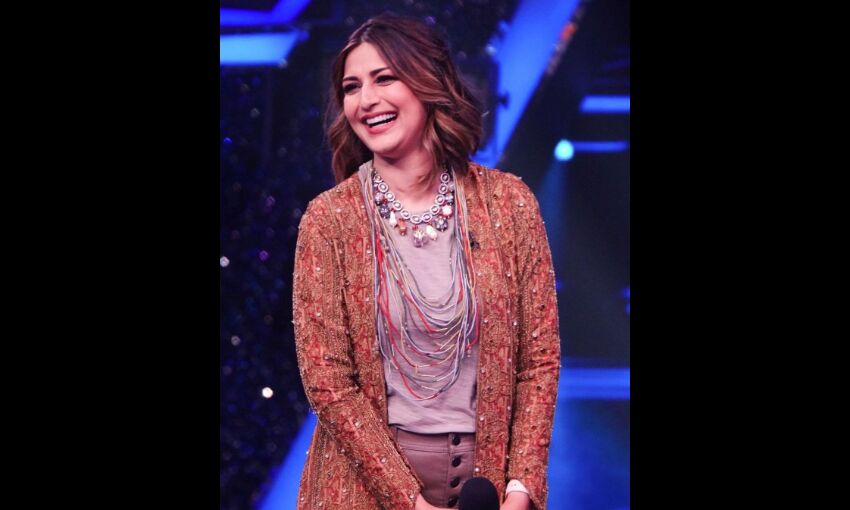 Mumbai: Actor Sonali Bendre is set to enter the streaming space with "The Broken News", an upcoming original drama series from the streamer ZEE5.

"The Broken News" will be directed by Vinay Waikul, who had recently helmed the crime-thriller Netflix series "Aranyak".

According to the makers, the show follows the story of two rival Mumbai-based news channels - Awaaz Bharati, an independent, ethical news channel, and Josh 24/7 News, which offers sensationalist and invasive journalism and "what transpires between the main characters in their quest for news".

Bendre, known for hit 1990s films such as "Sarfarosh", "Diljale", and "Major Saab", was last seen in the 2013 gangster drama "Once Upon A Time in Mumbai Dobaara!" in which she had a cameo.

A cancer survivor, the actor made her small screen debut in 2014 with "Ajeeb Daastaan Hai Ye" and has also served as a judge on reality TV shows such as "Indian Idol" and "India's Got Talent".

The series is backed by ZEE5 in partnership with BBC Studios India.

"With this initiative, ZEE5 aims to further bolster its existing premium content offerings with captivating and diverse stories based on successful British formats," the streamer said in a press note.

Manish Kalra, Chief Business Officer, ZEE5 India said with "The Broken News", the team is marking the beginning of a partnership with the reputed content studio to bring "interesting and unique story narratives for our audiences".

"This partnership is in line with ZEE5's strategy to build a portfolio of unique and compelling content for an enhanced value from the services. We are sure our audiences will enjoy and love it as much as they have loved our content so far. ZEE5 has been working with the best talent in the creative ecosystem to create a riveting slate of originals, in line with our content strategy of keeping the viewers at the centre of the business," Kalra said in a statement.

"It is a riveting drama depicting the nuances of the media houses and the daily hustle-bustle of a newsroom. The story revolves around the ideological differences of the protagonists, beautifully played by Shriya Pilgaonkar and Jaideep Ahlawat. The story has a strong, contemporary and compelling narrative making it a perfect addition to our content bouquet," Pandey said.

"The strength of our formats lies in their ability to transcend across cultural boundaries and languages. We are honoured that Jaideep Ahlawat, Sonali Bendre and Shriya Pilgaonkar will be a part of this journey directed by Vinay Wiakul and we hope ZEE5's Hindi audience will enjoy the gripping personal and professional dramas facing the characters under the pressure of a 24-hour news cycle," Gogate added.

The original show "Press" was created and written by writer Mike Bartlett, known for "Doctor Foster" and "King Charles III" and was a Lookout Point, BBC Studios and Deep Indigo production, co-produced with Masterpiece. PTI JUR