'Some people have stayed with Denver's name' 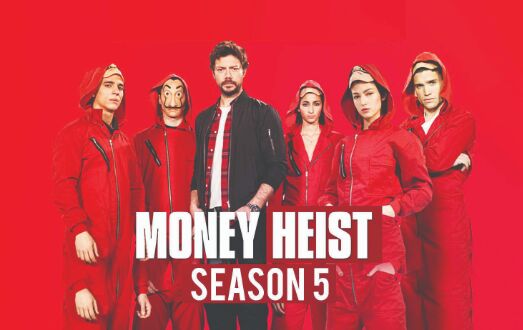 New Delhi: The global success of 'Money Heist' has made stars out of its entire cast, including Jaime Lorente, who said the series fans have been incredibly respectful towards them but some call him by his character's name, Denver.

Lorente said he would want his fans to address him by his first name.

"I prefer to be called Jaime but there is a little bit of everything. Like everything in this life, some people have stayed with the character's name. The truth is that there are fans who are super respectful and who show you all their love for your work, but they speak to you as a person. At the end of the day, we are people and it is appreciated," said Lorente.

The smash-hit Spanish series, created by Alex Pina, is back with its fifth and final season, which has been divided into two parts. The first instalment started streaming on 'Netflix' on September 3.

Titled 'La Casa De Papel' (The House of Paper) in Spanish, the show traces two heists pulled off by a ragtag group of thieves, led by the enigmatic Professor (Alvaro Morte); one on the Royal Mint of Spain and one on the Bank of Spain.

It was initially intended as a limited series from the local network 'Antena 3' to be told in two parts but after 'Netflix' acquired global streaming rights, the show was green-lit for additional seasons.

Lorente's Denver has had an interesting journey on the show as he started as a no-nonsense short-tempered young guy but viewers get to see his softer side after he meets Monica Gaztambide aka Stockholm.

Asked if there is something that he would want to change about his character, Lorento said, "I believe that one has to worry about correcting defects in real life. I believe in fiction, both the flaws and the virtues build a character."

"This is a question we are always asked about. Of course, Denver does not manage emotions well but that is part of the character and part of the conflict that exists between him and other characters," he added.