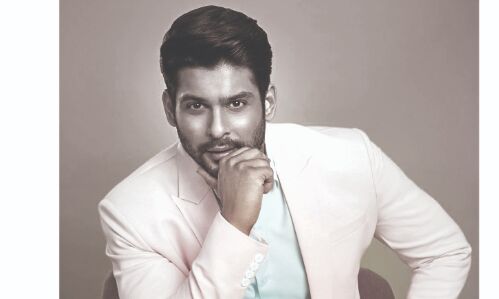 Popular television and film actor Sidharth Shukla, who became a household name with his role in the long-running TV show 'Balika Vadhu', died on Thursday. Shukla suffered a massive heart attack in the morning it is learnt. He is survived by his mother and two sisters.

The untimely death news sent shock waves across the showbiz world. From his fans to colleagues, film and TV personalities, everyone was left speechless.

Sharing their disbelief, celebrities took to social media to mourn the sudden demise.

Salman Khan, who hosted 'Bigg Boss' season 13, which was won by Sidharth, took to Twitter and wrote, "Gone too soon Sidharth... You shall be missed. Condolences to the family. RIP."

Actor Asim Riyaz, who was the first runner up on 'Bigg Boss' 13 and was billed as his friend-turned-nemesis on the show, shared pictures of the duo on Instagram. "I am going to meet you in heaven brother," he wrote.

Actor Himanshi Khurana, who was Shukla's co-contestant on 'Bigg Boss' season 13, tweeted that it was "hard to believe" that the actor was no more.

Gauahar later reached his home in the evening and the moment she was about to get off her car, she broke down.

Varun, who worked with the actor in his Bollywood debut 'Humpty Sharma Ki Dulhania', posted an emotional note on Instagram, sharing pictures with him and co-star Alia Bhatt from the 2014 film's promotions. "Rip brother. You are loved by so many and you touched so many with your kind heart and beautiful personality. Today heaven has gained a star and we have lost one," Dhawan wrote.

Madhuri Dixit Nene took to Twitter and wrote she was yet to come to terms with the news. She was a judge on the sixth season of the dance reality show "Jhalak Dikhhla Jaa", on which Shukla was a contestant.

"It's just unbelievable and shocking. You will always be remembered. May your soul rest in peace. My heartfelt condolences to the family," she said.

Calling his death "unfair", Rajkummar Rao wrote, "Gone too soon Sidharth. Rest in peace brother. You will be in our hearts forever. My deepest condolences to his family, friends and fans."

The official handle of Colors TV posted a note on their page, remembering the late star.

"We, at Colors, are saddened and devastated by the sudden loss of our family member, Sidharth Shukla. He will be immensely missed and his passing is an irreparable loss for us and the industry as a whole. Our thoughts, prayers and support are with his family, friends and fans at this difficult time. May his soul rest in peace," the note read.

Nikki Tamboli remembered her Bigg Boss senior Sidharth Shukla with a heartfelt note. Sharing their pictures from the reality show, she wrote, "I met you as a complete stranger in the bigboss house but you became my biggest strength ...you never gave up on me, held me when i broke down...i dont know if i have thanked you enough and its sad i wont get to do that now.. But i promise to tell you about how thankful i am when we meet again,You will be my Forever crush. I am Numb...processing your loss will take a long long time.. Rest In Peace SS...I will sorely miss you."

Sidharth Shukla joins the ranks of actors on the cusp of fame who went too early.