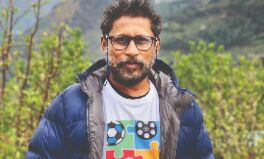 Shoojit Sircar's directorial 'Sardar Udham' starred Vicky Kaushal in the titular part. Amol Parashar also starred in one of the leading parts. The film received rave reviews from the audiences and critics alike.

In a recent chat with a leading news agency, Shoojit spoke about feeling empty after the magnificent success of 'Sardar Udham'.

Shoojit also spoke about offering the immense amount of research he has done for the film to Ram Madhvani.

"I have heard that Ram Madhvani is making a film on Jallianwala Bagh. I might give it to him. I would love to offer him all my research. It is a creative and competitive line, but I have told everyone that I am ready for any discussion on this subject. I can tell you books. I have books that have been marked out, taped and set aside. I can help anyone who needs help on research on this subject," he added.

Shoojit further added by saying that he does not want the audience to have any expectations from him.

"The next movie that I make may not cater to everyone. So far, I have tried to make films that I am happy about. The subjects Ronnie and I are discussing are films that are completely out of the box," he said.