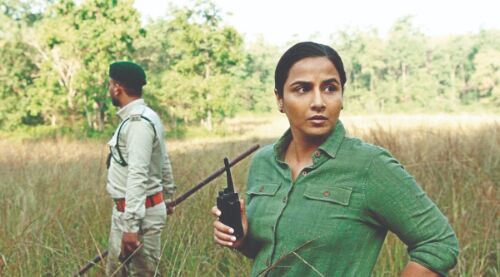 Vidya Balan-starrer 'Sherni', Anurag Basu-directed 'Ludo' and Suriya-starrer 'Soorarai Pottr' are among the movies that will vie for the top film awards at the Indian Film Festival of Melbourne (IFFM) Awards 2021.

The nominations for the festival's annual awards ceremony were unveiled on Thursday.

Filmmaker Ajitpal Singh's 'Fire in the Mountains', which recently had its world premiere at the Sundance Film Festival 2021, is nominated in the best indie film category.

Basu and Singh are also nominated in the best director race along with Sudha Kongara of 'Soorarai Pottru', Akshay Indikar of 'Sthalpuran', 'Amit Masurkar' of 'Sherni', Arun Karthick of 'Nasir', Biswajeet Bora of 'God on the Balcony', Jeo Baby of 'The Great Indian Kitchen', Pithvi Konnanur for 'Pinki Elli?' and Sanal Kumar Sasidharan of 'Kayattam (A'hr)'.

'W.O.M.B (Women Of My Billion)', which will open the festival on August 12, is nominated in the best documentary category.

This year, the festival is also launching three additional categories in keeping with the growing trend of web series.

'The Family Man' season two, 'Mirzapur' season two and 'Bandish Bandits' will compete for the best series honour along with Netflix's 'Mismatched' and 'Churails' from Zee5.

The Tripathi and his 'Mirzapur' co-stars Ali Fazal and Divyenndu will battle it out with fellow Amazon comrades - Manoj Bajpayee, Saif Ali Khan and Mohammed Zeeshan Ayyub - in the best performance (Male) category.