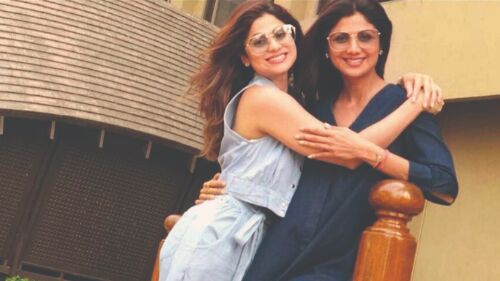 Shilpa Shetty's sister Shamita has shared a rather poignant note on Instagram about surviving hardships even as the actor's husband is being investigated for allegedly creating and distributing pornographic content via mobile apps. In her post, Shamita mentioned that one 'needs to keep doing their own thing with as much love and integrity as possible'.

Shamita shared a photo of herself and wrote, ""Sometimes the strength within you is not a big fiery flame for all to see.. it is just a tiny spark that whispers ever so softy.. 'You got this .. keep going'. You can't control how other people receive your energy. Anything you say or do gets filtered through the lens of whatever personal issues they are going through at that moment… which is not about you. Just keep doing your thing with as much integrity and love as possible." Mouni Roy sent much love on the post.