Shakti to make his OTT debut as Crime Master Gogo 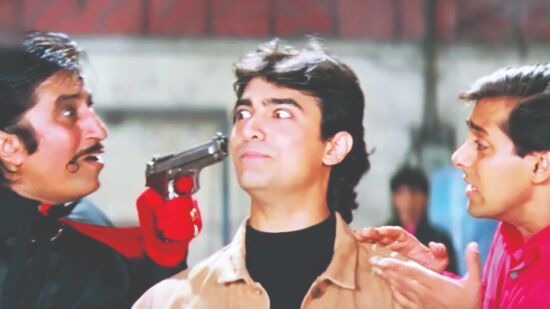 Veteran actor Shakti Kapoor is all set to take the OTT platform by storm as he is ready to make his comeback as Crime Master Gogo from his iconic film 'Andaz Apna Apna'.

'Disney+ Hotstar' is gearing up for their next project based on 'Andaz Apna Apna'. The OTT giant announced the news on their social media platforms and shared a video alongside a caption that read, "Hello? Kaun? Gogo. Naam toh suna hoga," along with hashtag #GogoIsBack.

Shakti Kapoor's daughter Shraddha Kapoor also took to her 'Instagram' handle to share a video that featured her with her father as Crime Master Gogo.

In the video, the 'Baaghi' star is seen busy applying nail polish before Gogo comes and interrupts her. He steals her nail polish and leaves. As Shraddha calls the veteran actor and her father 'Bapu', Shakti corrects her and says, "I am Crime Master Gogo. I am back. Aaya hu toh kuch toh loot kar jaunga."

Later, Shraddha, facing the camera said, "Why has 'Disney+ Hotstar' called Gogo back?"

Many of Shraddha's friends from the industry reacted to the video. Tiger Shroff called Shakti Kapoor a 'legend'. Karan Tacker commented, "Haha epic!".

Speaking about her father's iconic character, Shraddha said, "Ever since I was little, I have enjoyed seeing my father on screen - totally in his element by adding his personal touch to characters that today have a massive cult-like following! Being on set with him is for the books. It is so memorable to share the screen space with my father and I'm excited to see how this unveils!"