Shah likely to get discharged on July 4 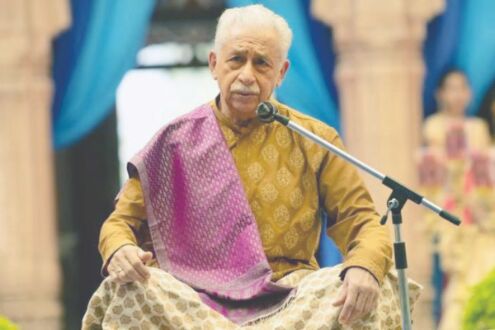 Bollywood veteran actor Naseeruddin Shah would get discharged from the hospital on July 4, according to a news portal.

Apart from the speculations on his discharge, Naseeruddin Shah said that it would be a couple of days before he leaves the hospital.

"By July 4, I'm hoping to get discharged. I'm touched by the concern," said the veteran actor.

Naseeruddin Shah is an actor par excellence, for the audience considers him as one of the finest talents of Hindi cinema. He was last seen in Baba Azmi's directorial debut 'Mir Raqsam' in 2020. He did not sign anything else since then.