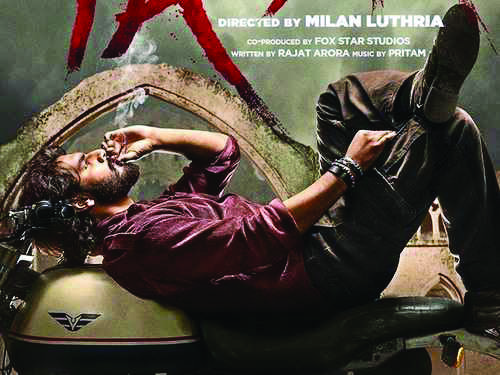 Sajid Nadiadwala's much-anticipated romantic musical 'Tadap', which was released on Friday, has already become the talk of the town with all the critics and fans pouring in their love for the film. The love saga grabbed the eyeballs of audiences, taking them on a perfect romantic ride with all the thrills, drama, entertainment and romance. The story is phenomenal and treats the masses with multiple gifts, showcasing the intense side of the relationship. Of course, you shouldn't miss this exceptionally incredible love story as it brings to vision myriads of aspects, especially Pritam's music which is one of its major highlights.

Debutante Ahan Shetty, who plays the lead in the movie, left the fans mesmerized by his performance. The actor played an intense rebel in this love saga and proved that he is here to stay. Ahan's performance speaks volumes about the film's success.

Revealing the glimpse of gorgeous Tara Sutaria, the teaser itself rose the excitement about the film. Her mysterious character of Ramisa, who has several grey shades, is quite interesting and makes the movie worth watching on the big screen.

Sajid Nadiadwala's 'Tadap' features the biggest hit album of the year and is a treat for the music lovers. Pritam's music is like the cherry on cake. From 'Tumse Bhi Zyada' to 'Tere Siva Jag Mein', every track is a masterpiece.

The pairing of Ahan Shetty and Tara Sutaria was talk of the town ever since the announcement was made. And the two definitely didn't disappoint their fans. The sparkling chemistry between them is surely a good reason for romantic movie enthusiasts to watch 'Tadap'. The not-so-typical love story between the two will leave you spellbound.

Sajid Nadiadwala's 'Tadap' has been shot in the most exotic locations of Mussoorie, which is definitely a treat for your eyes.

Bikes, fight sequences and what not! Sajid Nadiadwala's 'Tadap' has every element required for a blockbuster action film.

Apart from an amazing performance by leading stars Ahan Shetty and Tara Sutaria, the supporting cast consisting of Saurabh Shukla and Kumud Mishra is the best anyone can ask for. Not only they do justice to the roles but also save the story from falling flat at several instances.