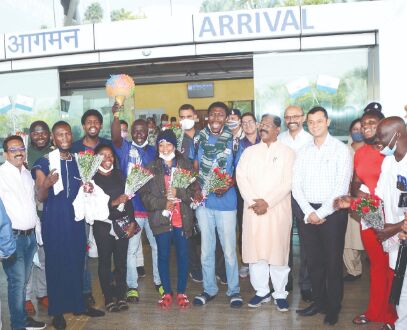 Chhattisgarh is all set to organise the second edition of the 'National Tribal Dance Festival' in Raipur. The three-day annual event will be held at Raipur's Science College from October 28 to October 30. International and domestic dance troupes participating in the event have started flocking to reach the capital.

Participants from 27 states, six union territories and eight countries are expected to take part and portray their respective tribal folk culture in the festival.

Chhattisgarh Chief Minister Bhupesh Baghel had sent invitations to the Governors, Chief Ministers, Lieutenant Governors and Administrators of Union Territories of the country to attend the 'National Tribal Dance Festival'. Along with this, a tribal dance troupe of these states and union territories has also been requested to participate in the event. Participants from foreign countries have also been invited to make the event grand and

During the event, tribal troupes will perform various dance forms in two different categories - traditional tribal dances performed at weddings and other ceremonies such as crop harvesting and many more. In all the categories,

Various galleries have been created as the key attractions with a live showcase area, tribal-inspired exhibit, shilp-village and food outlets, where the participants will showcase their costumes, jewellery, crafts, food cuisine and things related to their culture.

The event is being organised to provide a platform for cultural exchange between various states of India and other countries. It is an initiative of the Chhattisgarh Government to promote tribal culture. The State Government is making consistent efforts towards showcasing and protecting India's rich tribal cultural heritage.