'Satyameva Jayate 2' to release on November 25 in cinemas 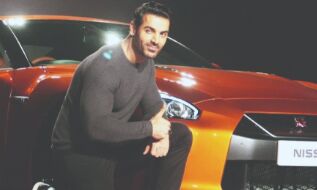 Directed by Milap Zaveri, the film is a sequel to the 2018 hit and will see John Abraham fighting corruption in Lucknow.

Abraham announced the release date of the movie on his 'Twitter' handle.

" 'Satyameva Jayate 2' is coming to cinema theatres on November 25, 2021. We are bringing double the action and entertainment in cinemas again with 'Satyameva Jayate 2'. The trailer will be out on October 25," John Abraham wrote alongside the film's teaser.

Produced by Bhushan Kumar's 'T-Series' and 'Emmay Entertainment', the release of the action drama has been postponed multiple times due to the COVID-19 pandemic.