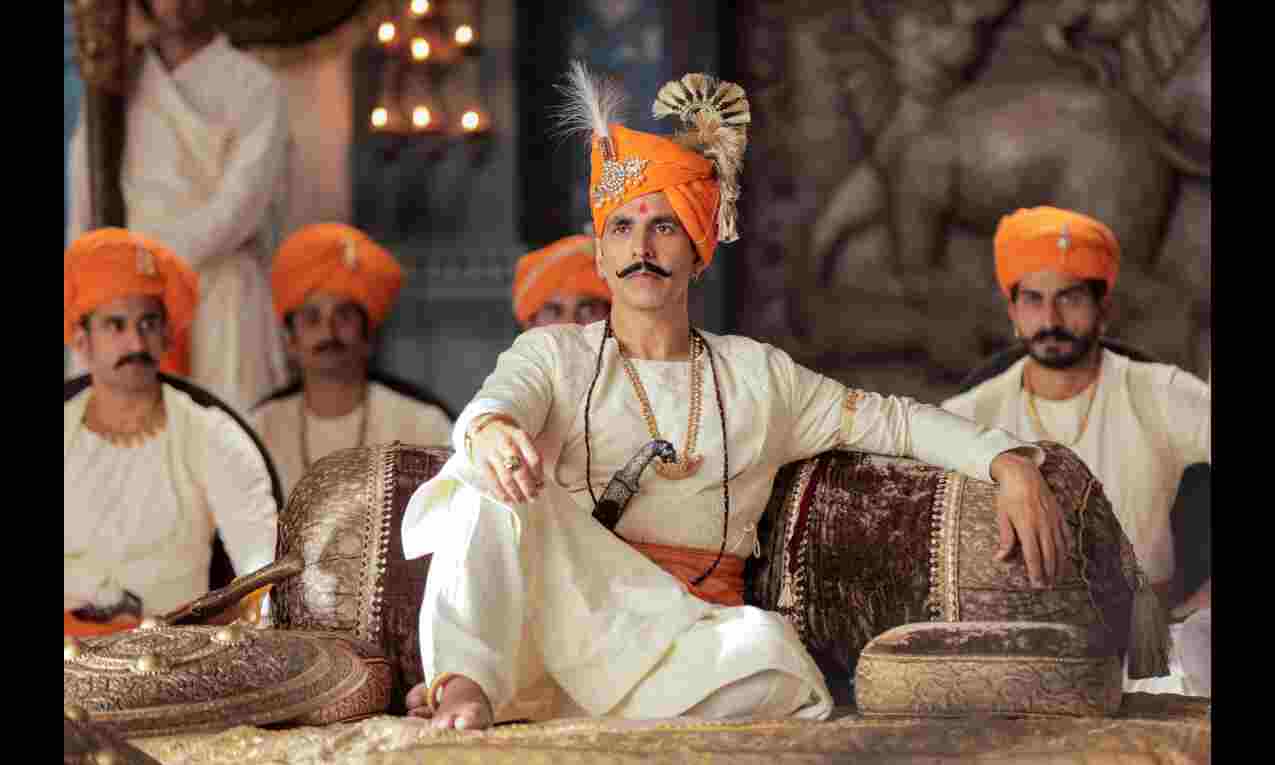 Lucknow: Uttar Pradesh Chief Minister Yogi Adityanath, who attended a special screening of the period action drama "Samrat Prithviraj" with his cabinet colleagues, on Thursday declared the movie tax-free in the state.

The screening of the movie was held at Lok Bhawan here and Bollywood star Akshay Kumar, female lead Manushi Chillar and director Chandra Prakash Dwivedi were in attendance.

"I announce that the movie will be tax-free in the state," the chief minister said.

Adityanath, who was on a visit to Kanpur Dehat to oversee the preparations of the visits of President Ram Nath Kovind and Prime Minister Narendra Modi on Friday, reached late for the screening.

Praising "Samrat Prithviraj", he said, "The film talks about the history and provides entertainment. It can be watched with the family. We have learnt from the mistakes of the past and are trying to rectify the mistakes of the past 75 years. Our Prime Minister Narendra Modi is moving forward with the vision of the next 25 years to take India ahead."

The priest-turned-politician also praised director Dwivedi and actors Akshay Kumar and Manushi for their performance and said many places of the state have been shown in the film which will help in popularising them.

Meanwhile, Samajwadi Party chief Akhilesh Yadav, in a dig at the Adityanath government, said the state cabinet should also look at the present condition of Uttar Pradesh.

"After watching the historical film, the cabinet is requested to also see the present condition of Uttar Pradesh," he said in a tweet in Hindi.

He added that the "dough of the past" cannot be used to make rotis in the present.

Deputy CM Maurya said earlier that films were made on Mughals, but now films on such great personalities are made.

"In the past, there were attempts to hide the truth (of history). But it is necessary to know the past," he asserted.

"Samrat Prithviraj", which is all set to release in theatres countrywide on June 3, depicts the life of legendary warrior king Prithviraj Chauhan, played by Akshay Kumar. Chillar stars in the movie as Princess Sanyogita.

Akshay had said that the film was based on the life and daredevilry of the "last Hindu Samrat Prithviraj Chauhan who shed every drop of blood in his body to defend Bharatmata".

"Our film salutes the courage and valour of the mighty king and we hope that the people of our nation are inspired by his values of protecting his motherland at any cost," the actor had said, according to a press release.

On Tuesday, the team held a screening of the film for Union Home Minister Amit Shah.

A Yash Raj Films production, the movie is scheduled to be released in Hindi, Tamil and Telugu.