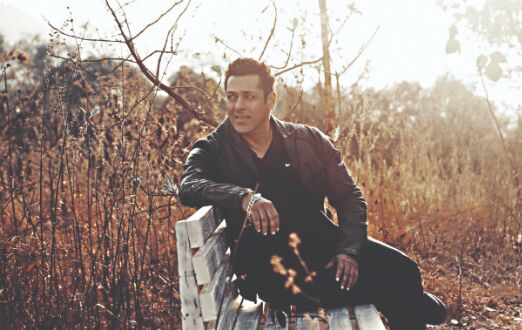 Salman Khan enjoys a massive fan following and the government is planning to rope in the Bollywood actor to spread the word about vaccination. Maharashtra health minister Rajesh Tope stated that the state government is in talks with religious leaders and celebrities like Salman Khan to raise awareness on COVID-19 jabs.

"To get more people vaccinated, we will be getting religious leaders and celebrities to create awareness on vaccination. We are also in talks to bring onboard celebrities like Salman Khan for the awareness drive," Rajesh Tope told a leading news agency.

Currently, Salman Khan is awaiting the release of his next action entertainer 'Antim: The Final Truth'. Directed by Mahesh Manjrekar, the film stars Salman in the role of Sikh cop while his brother-in-law Aayush Sharma essays the role of a gangster in the film.

'Antim' is a remake of the blockbuster Marathi movie 'Mulshi Pattern'. 'Antim: The Final Truth' is slated for a theatrical release on November 26.

Apart from this, Salman Khan has a long list of movies scheduled for release in the coming months. He will be seen in 'Tiger 3' with Katrina Kaif, 'Kabhi Eid Kabhi Diwali' with Pooja Hegde and he also has 'Kick 2' with Jacqueline Fernandez.