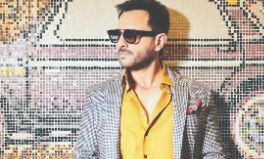 As 'Bunty Aur Babli 2' released on November 19, its lead actors, Saif Ali Khan and Rani Mukerji opened up on Abhishek Bachchan being replaced in the film's sequel. The second iteration of the 2005 hit, which starred Abhishek and Rani, found its new Bunty in Saif. Amitabh Bachchan, who played the cop on the trail of the con duo in the original, is also missing in the new film.

Saif, in an interview with a news agency, said that his Bunty has little to do with the role played by Abhishek Bachchan in the original.

"Honestly speaking, Adi called and said, 'Things are not working out and we are not able to take the story forward with the original cast. Would you be interested in being a part of this film once they adjust the role?' And I said yes because he is producing the movie and he knew what he wanted to do with the franchise and once they knew that they were not going one way, they took the other route. So, it happens and I have a very pragmatic approach towards it."

The actor, who is working with 'Yash Raj Films' for more than a decade added that he wanted to renew that relationship.

"I remember Adi sending me this text when we confirmed the film," he said.

He added, "There were various reasons that we did not work together for more than a decade. I was keen to have a good working relationship with 'Yash Raj Films' again and that was one of the reasons to say yes to the film."

Rani, meanwhile, pointed out how the two films are different.

"I think comparisons are something that people would like to do. So, there is no point in saying that people should not compare both films. But honestly, we cannot help that but at the same time what is important to understand is that 'Bunty Aur Babli 2' is a different film on its own. It is not the same movie that was released in 2005," she told a news portal.