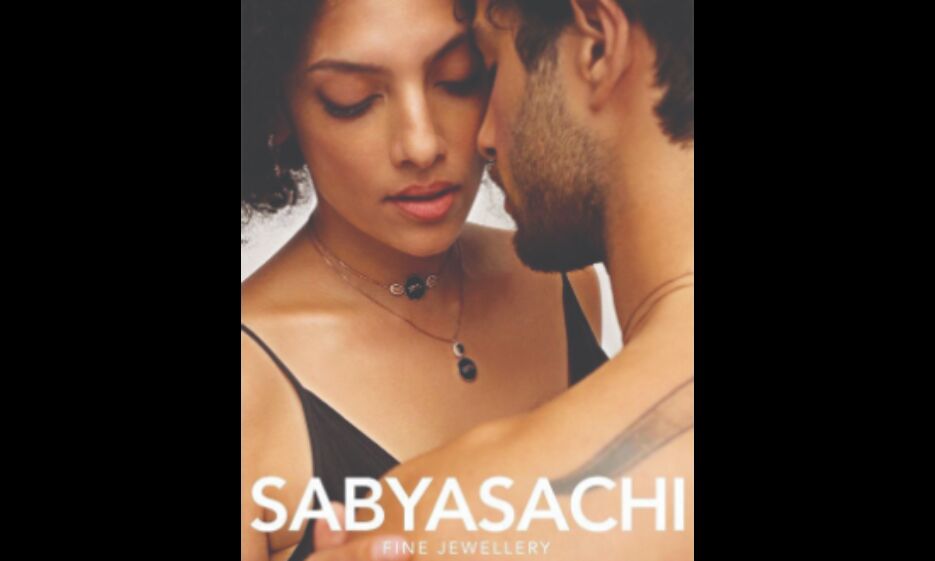 What has particularly irked a section of social media users are a series of advertisements for the label's Royal Bengal Mangalsutra 1.2.

The promotional photoshoot features models wearing the mangalsutra while posing solo or in intimate positions with others. In one of the pictures, there is also a female model wearing a black brassiere along with the mangalsutra, resting her head on a shirtless male model.

Netizens took to Twitter to criticise the ad campaign for using "semi naked models for a Mangalsutra ad."

"I thought Sabyasachi launched his new lingerie collection, no no…that's a mangalsutra ad. I'm so regressive, I didn't notice," wrote another user.

Earlier in August, Sabyasachi received flak for selling "overpriced" cotton saris worth Rs 9,999, as part of his collaboration with H&M. In an official statement on Instagram, the designer said the collaboration was a kind of :wish filfillment".