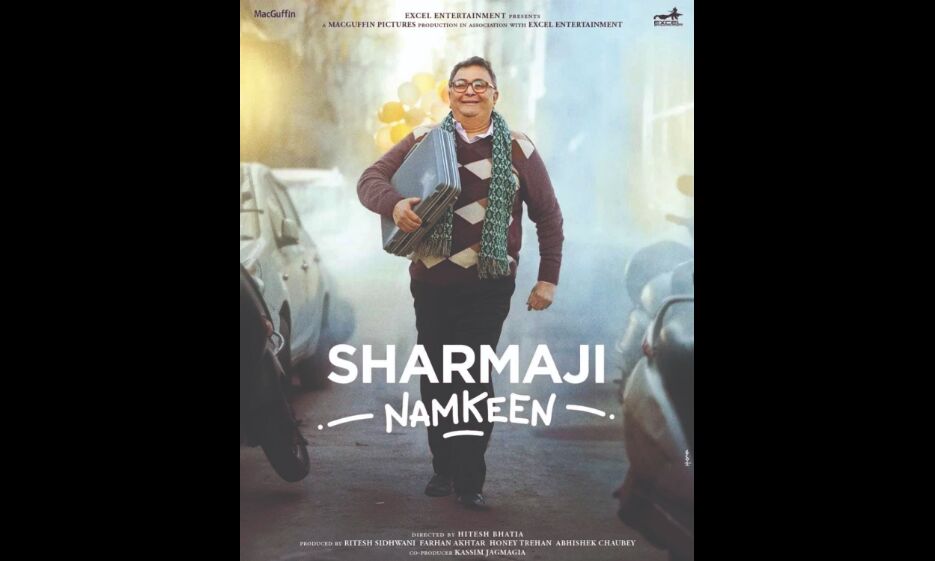 Directed by Hitesh Bhatia, the movie will release on the streaming service as an 'Amazon' original movie, 'Prime Video' and 'Excel Entertainment' recently announced.

'Sharmaji Namkeen' marks the final screen appearance of Kapoor, who died at the age of 67 in April 2020 after a two-year-long battle with leukaemia.

Trehan and Abhishek Choubey under their banner 'MacGuffin Pictures'.

Described as a 'relatable and heartwarming story of self-realisation and discovery', the film follows the life of a recently retired man who discovers his passion for cooking after joining a riotous women's kitty circle.

After Kapoor's death, the makers had roped in actor Paresh Rawal to complete the remaining portions of the film, making it the first instance where two actors played the same character in one movie.

"It is a truly special film and humble tribute to the acting prowess and cinematic brilliance of the late Rishi Kapoor and a testament to the immeasurable talent of Paresh Rawal. Both actors have entertained generations of audiences through their legendary performances," he said.

He added, "The film is yet another exciting chapter in our long-standing association with 'Excel Entertainment' and we are certain this heartwarming tale will find its special place with customers in India and beyond."