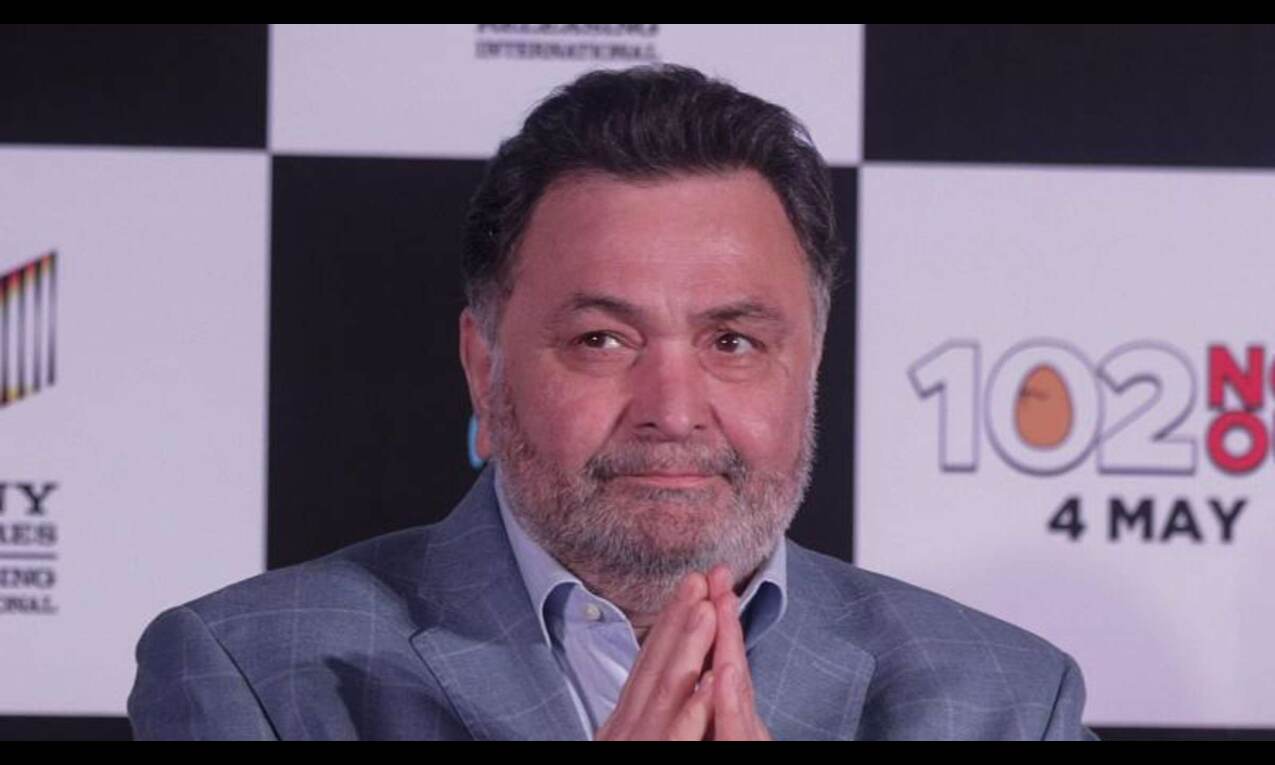 Mumbai: Juhi Chawla worked with Rishi Kapoor in a series of films in the 1990s, but it was during the shoot of their last project "Sharmaji Namkeen" that the actor says she truly observed the veteran's brilliance in springing up moving performances while being nonchalant about his craft.

Chawla and Kapoor have been co-stars in films like "Bol Radha Bol", "Eena Meena Deeka" "Daraar" and Zoya Akhtar's 2009 drama "Lucky By Chance".

"Sharmaji Namkeen" marks the final screen appearance of Kapoor, who died at the age of 67 in April 2020 after a two-year-long battle with leukemia.

In an interview with PTI over Zoom call, the 54-year-old actor said when she reunited to shoot with the veteran, it was an experience to watch and learn.

"When we started shooting, I realised he is way ahead of me in terms of like. I was simply watching him. I was observing how he does his shots because he was doing it effortlessly and so well. Unlike me, as I keep looking at the monitor to see if I have done right, see myself in the mirror to check if I am looking right, he was totally opposite. He was not self-obsessed like a lot of actors are. He was cool and calm," she added.

Chawla recalled an incident from the shooting of the Delhi-set film, where the two had to film a scene in a car.

It was a dialogue-heavy sequence and Chawla was curious to understand Kapoor's process of delivering lines without ever making them seem like dialogues.

"He told me, 'I don't look at them as lines, I take it as an emotion, what's the feeling behind it and then those lines just flow'. I always read everything, see what dialogues I have, but for him it wasn't that. Which is why he is all there in every shot. There is no half-hearted take with him because he has got the 'sur' of his part. As an actor, he looks you in the eye and speaks to you, he is not acting," she said.

The film is directed by Hitesh Bhatia and is billed as a heartwarming story of self-realisation and discovery.

"Sharmaji Namkeen" follows the life of a recently retired man who discovers his passion for cooking after joining a riotous women's kitty circle.

The film, produced by Farhan Akhtar, Ritesh Sidhwani, Honey Trehan and Abhishek Choubey, will release on Prime Video on March 31.

Chawla said when she first read the script, she was envious that Kapoor was playing the titular part as it was "so correct" for the actor, fondly known as Chintu ji among his fans and colleagues.

"The script was heart-warming, funny, touching. It was like a little slice of life with characters you have seen in your homes, other homes. So many times, you just identify with them. I had a small role, but I was envious that this wonderful film is going to Chintu ji, because it was so correct for him. It had such a lovely script and a wonderful co-star," she added.

The film was 50 percent complete when Kapoor passed away. The makers eventually signed actor Paresh Rawal to complete the remaining portions of the film, making it the first instance where two actors played the same character in one movie.

For Chawla, dealing with Kapoor's death was devastating.

"I wasn't expecting something like that because when we were told he is not feeling too well, I thought we will shoot in bits and pieces so that he is comfortable. We could shoot for two days and resume a month later. But I didn't know he would just not be there one day. I was extremely shaken to know that he is not there."

The actor didn't resume the film for at least eight months as the makers had to find someone to step into the shoes of the veteran and also deal with COVID-19 lockdowns.

"Going back to sets didn't happen for a couple of months. Initially, it was just that, 'No more Chintu Ji. Then Ritesh called after two weeks and said, it was his last film and we are going to complete it, somehow. I couldn't believe how it would be done. But Ritesh assured me that they will figure out a way and do it. I thought it was so gracious, kind. They spoke like true filmmakers, that as an artiste this was his last work and we cannot abandon it. It was an emotional moment, I was truly amazed, touched," she added.